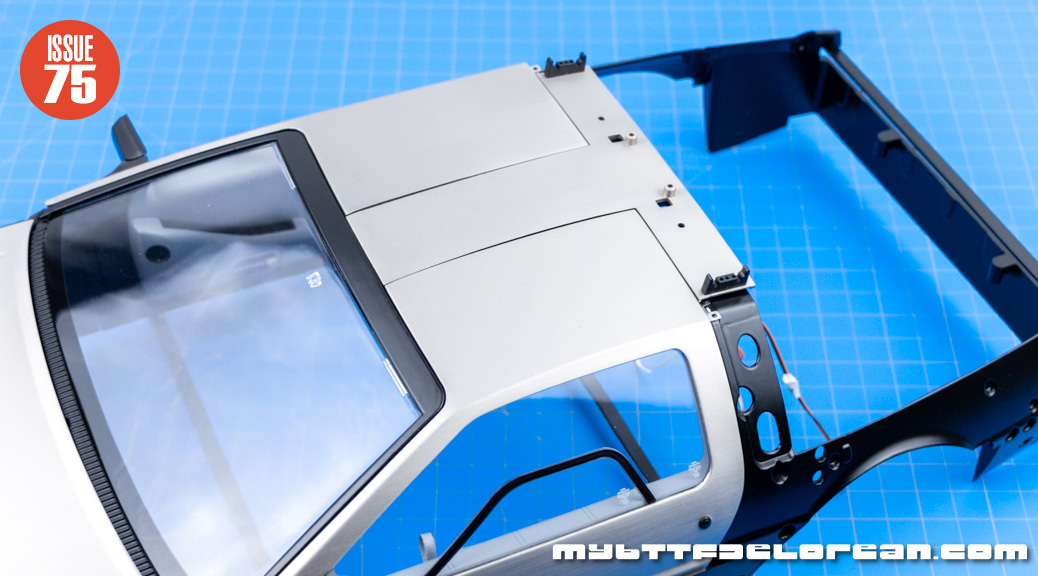 “In this issue, you will fit a T-shaped panel into the roof of your DeLorean between the doors.”

I waited nearly six months for Eaglemoss to get this issue shipped to me. Apparently, it was *really* back ordered. 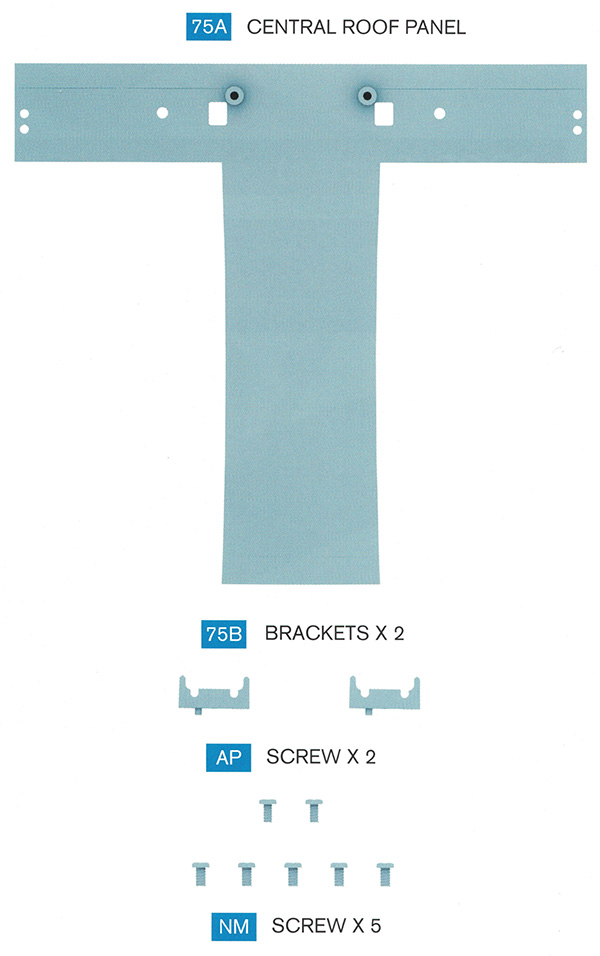 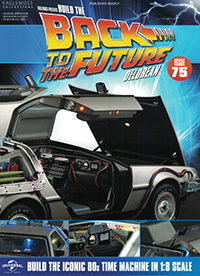 Fit the pin on each of the Brackets into the forward holes on either side of the Central Roof Panel: 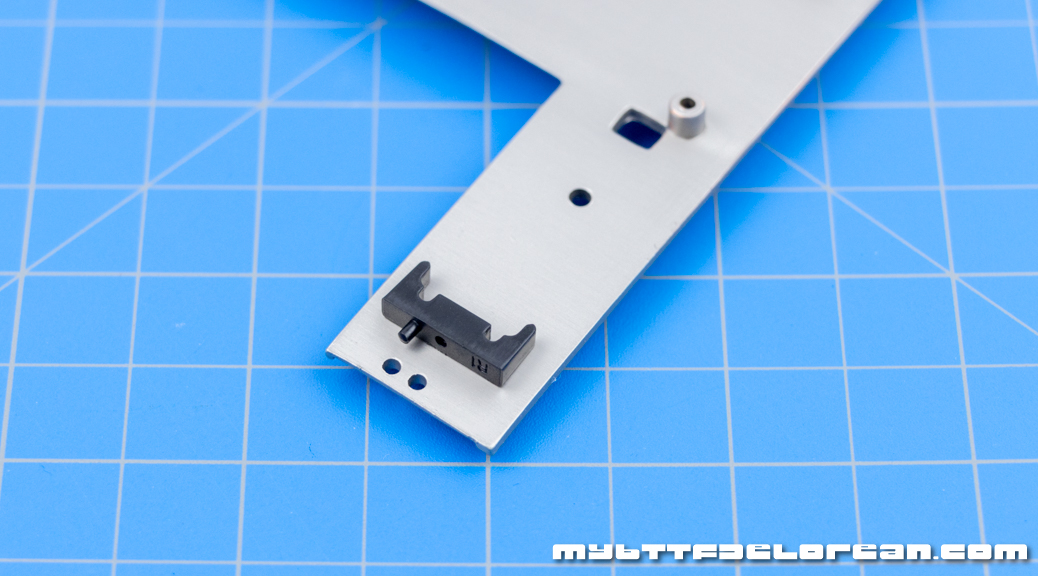 Both Brackets should be centered in the metal of the roof panel, as shown. If they are not, turn them around: 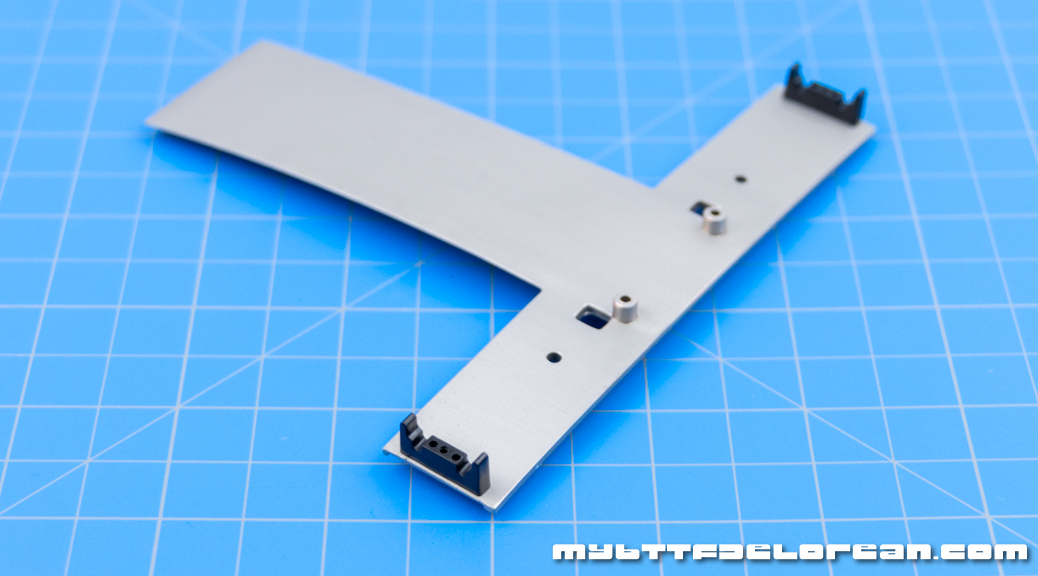 Secure these Brackets in place from below with two (2) AP screws, one on each side: 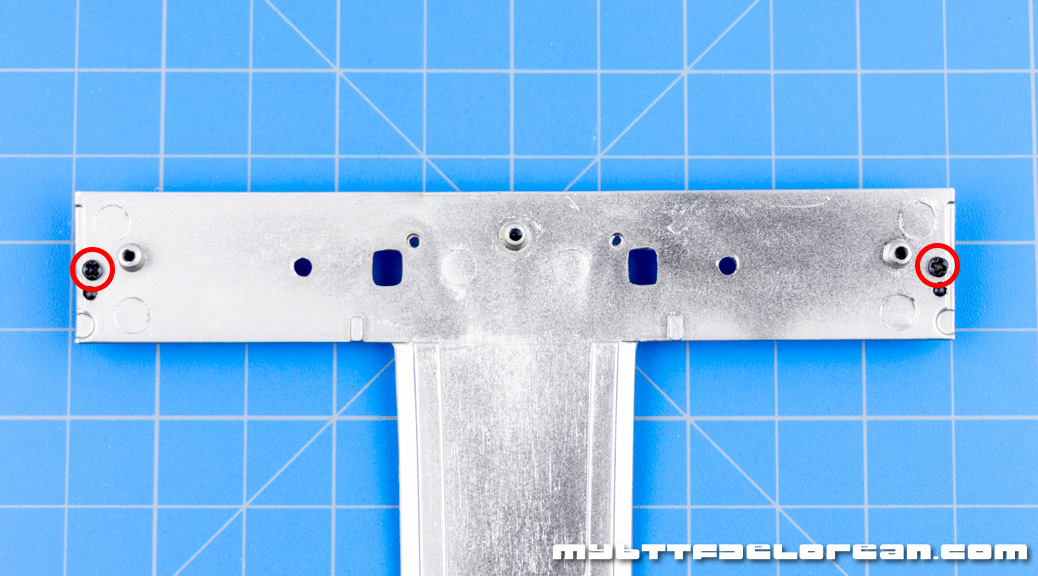 Retrieve your DeLorean body assembly. Fit the Central Roof Panel on top of the car, as shown: 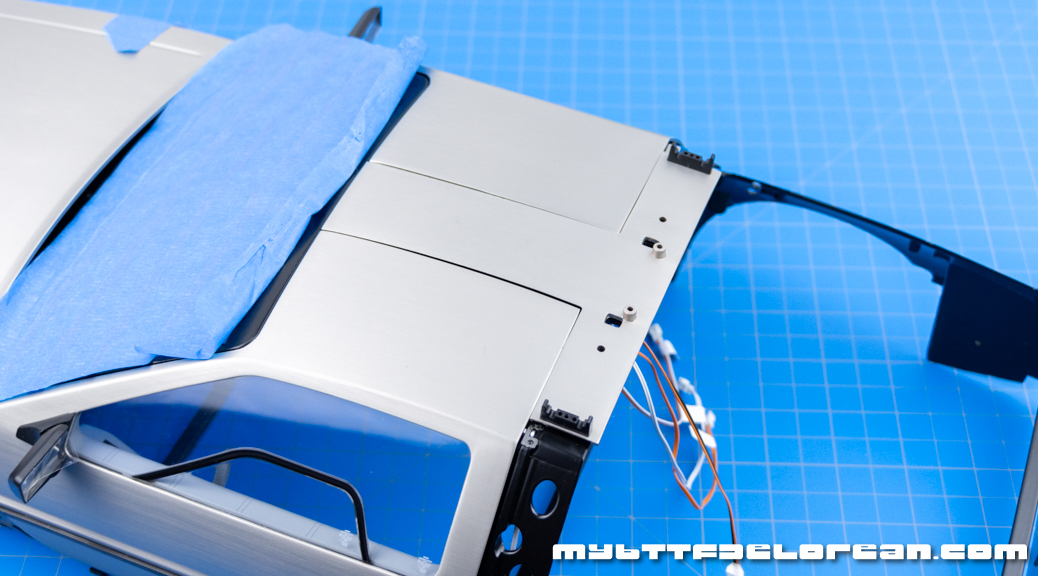 Carefully turn the car over and secure the Central Roof Panel into place with two (2) NM screws between the doors.

From this point on, for any time the model is upside down, I highly recommend placing your model on a soft thick towel or similar so we don’t damage the roof Brackets. This is also your friendly reminder to try using 3-in-One Oil on all screws going into metal: 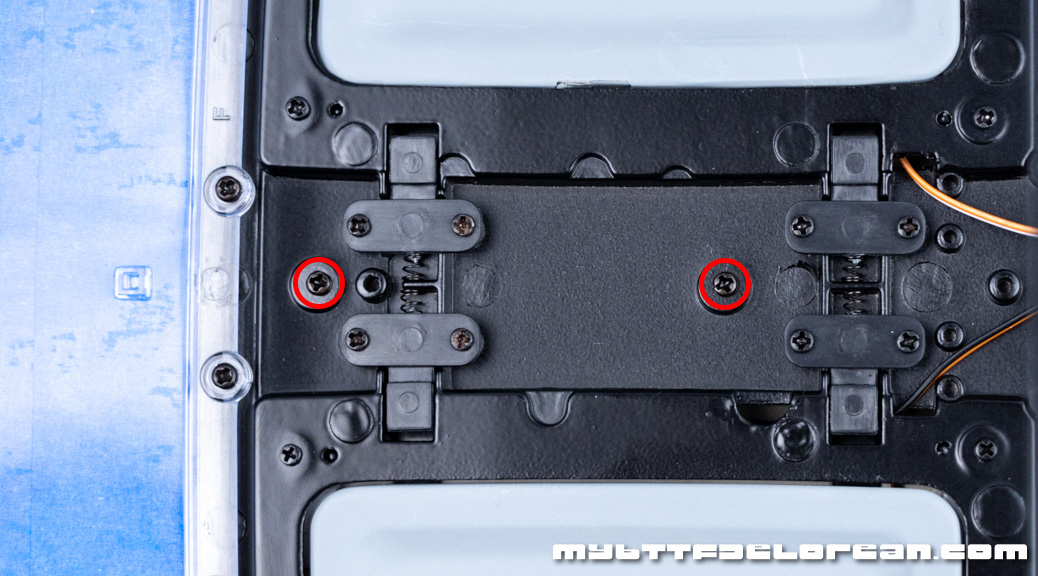 Continue to secure the Central Roof Panel into place with three (3) NM screws at the rear edge of the roof: 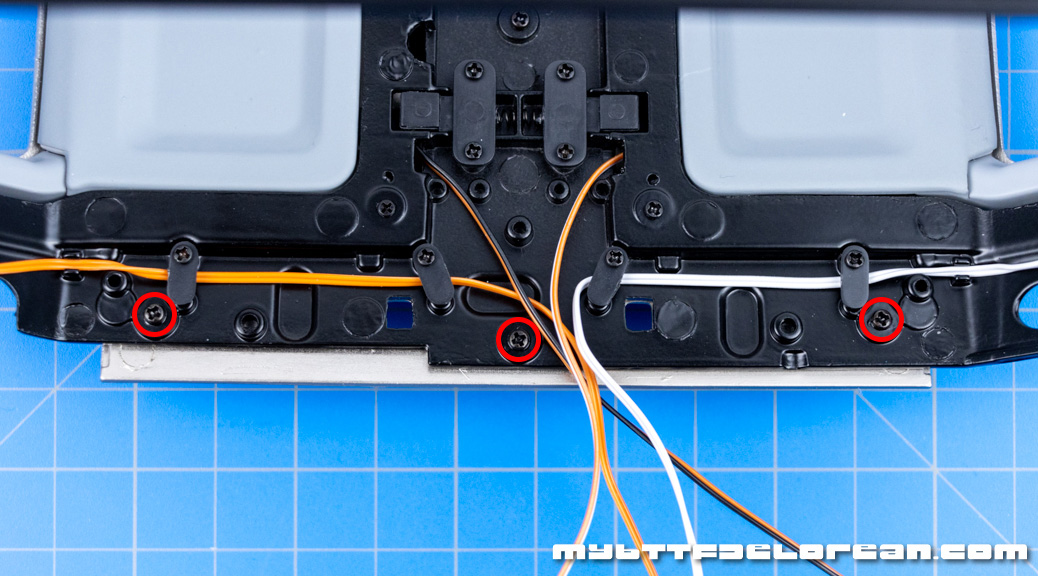 After many months of waiting for this back ordered issue, it has finally arrived and is installed! I don’t know why this particular issue was so hard to get my hands on, but we can finally move on with the build. The Central Roof Panel is metal, but the Brackets are plastic.