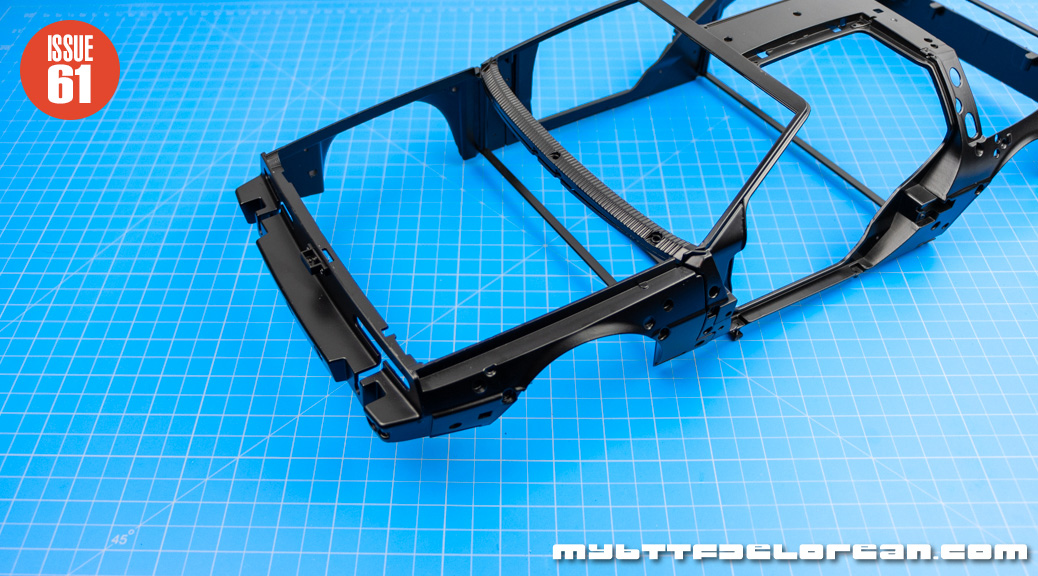 “In this issue you will fit the lock to the luggage compartment frame, and fix the frame to the front of your DeLorean.” 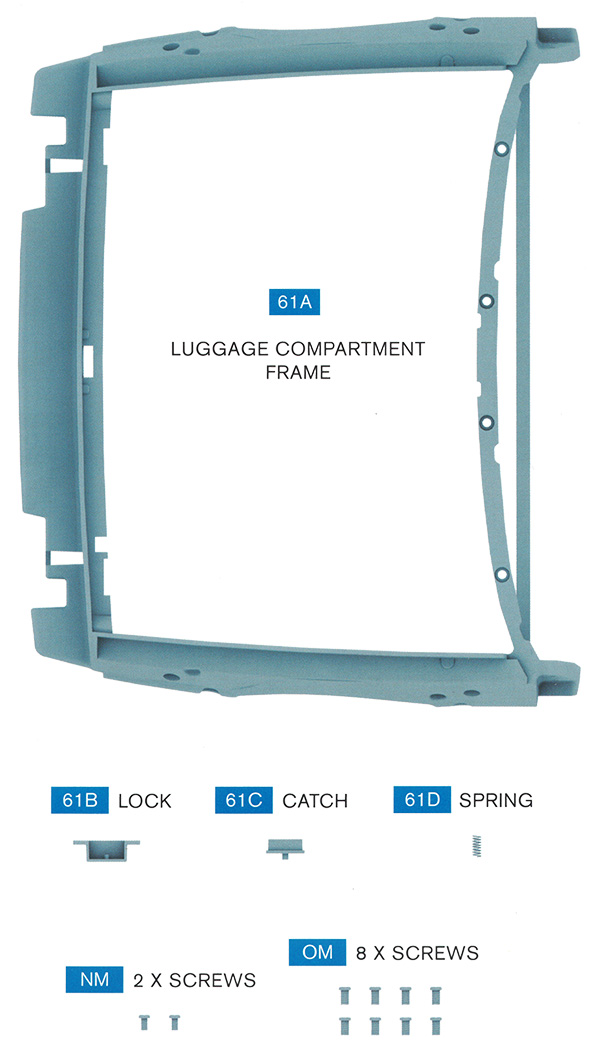 Materials: The Luggage Frame Compartment and Spring are metal, the rest is plastic. 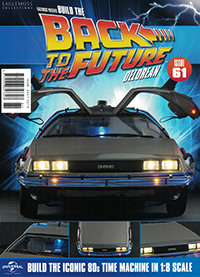 Like the Upper Frame in the last issue, this piece is also all metal and heavy, and it came protected encased in plastic within a cardboard box: 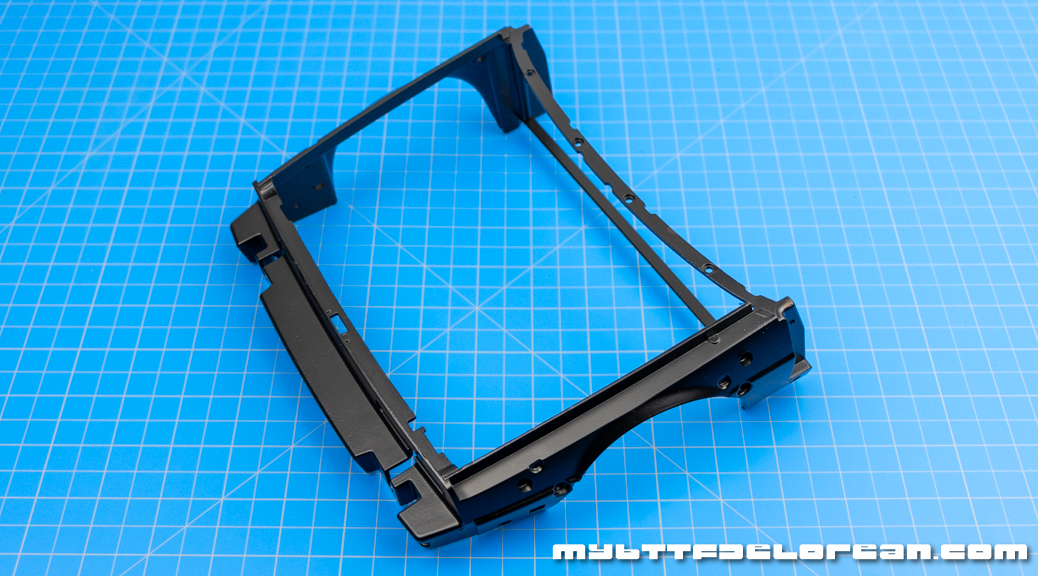 As in the previous issue, I am going to keep this support in place until I actually *need* to remove it. This is to try and prevent the Luggage Compartment Frame from any bending while I work on it throughout the next issues. If you do choose to remove this support now, it is not needed in any future steps and can be discarded: 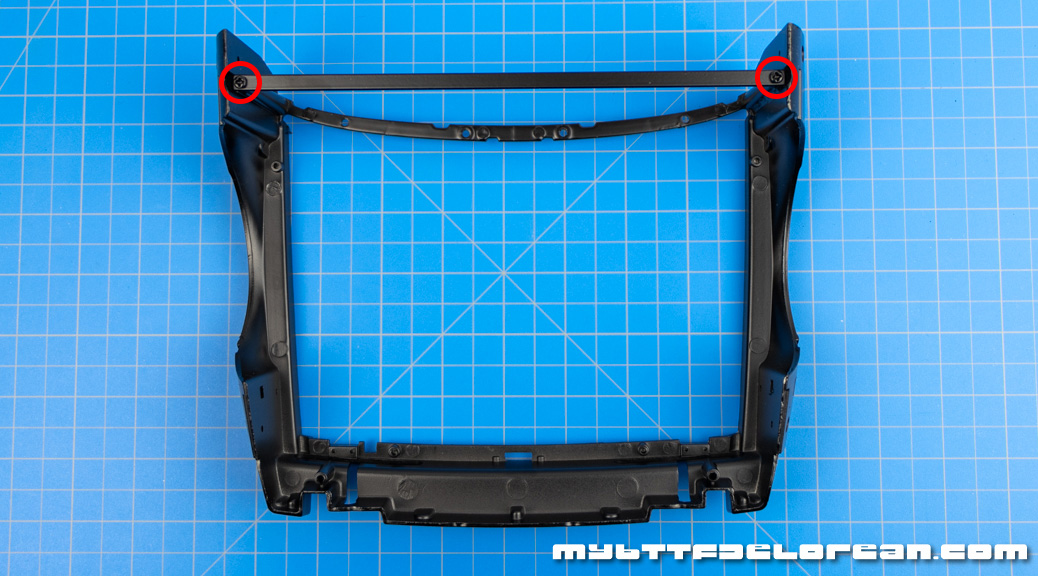 Turn the frame upright again and locate the small slot at the front (with the screw holes on either side): 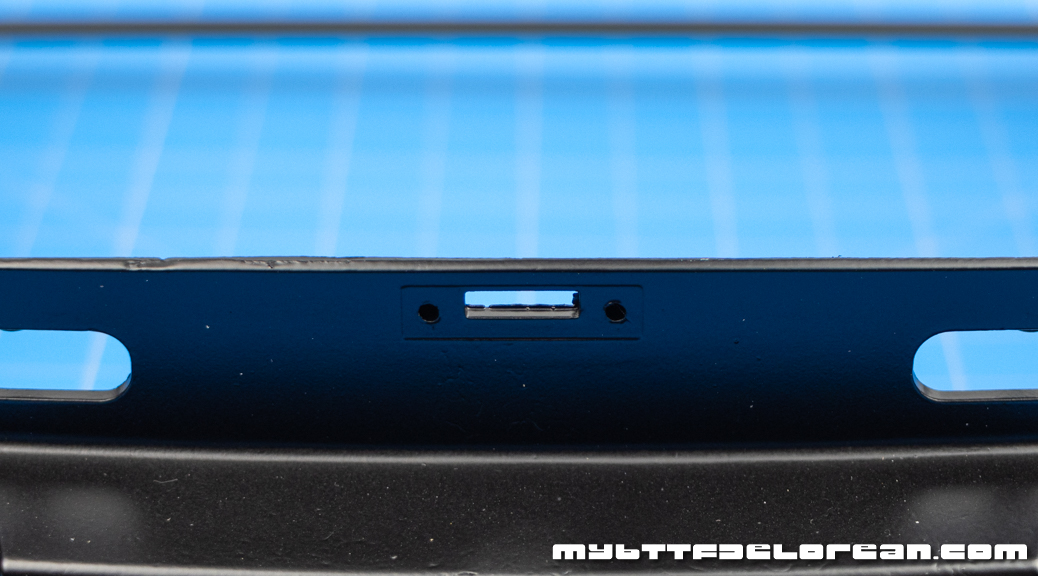 Fit the Catch through this hole at the front of the Luggage Compartment Frame, as shown: 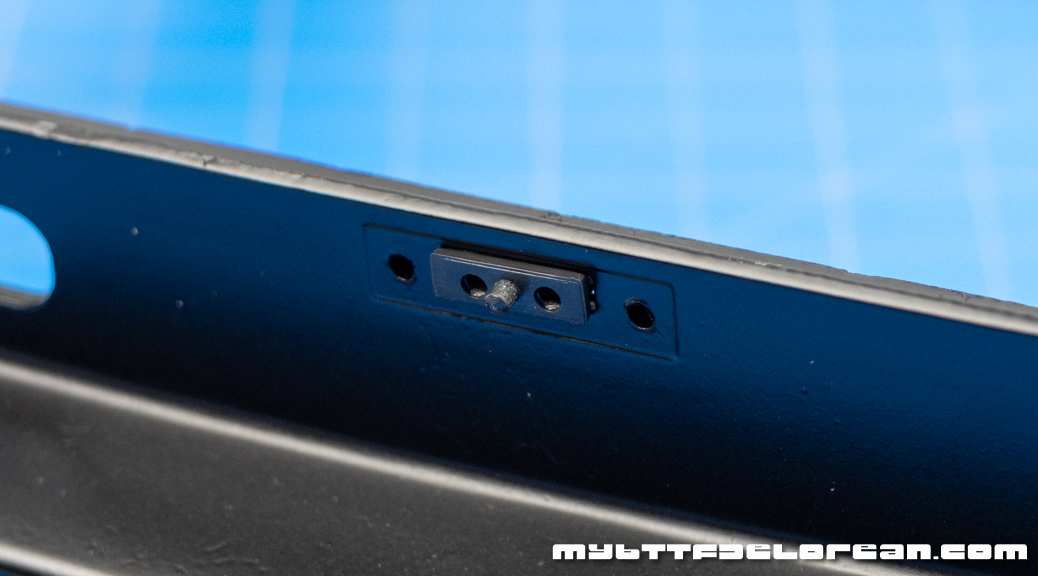 Slide the Spring over the post of the Catch: 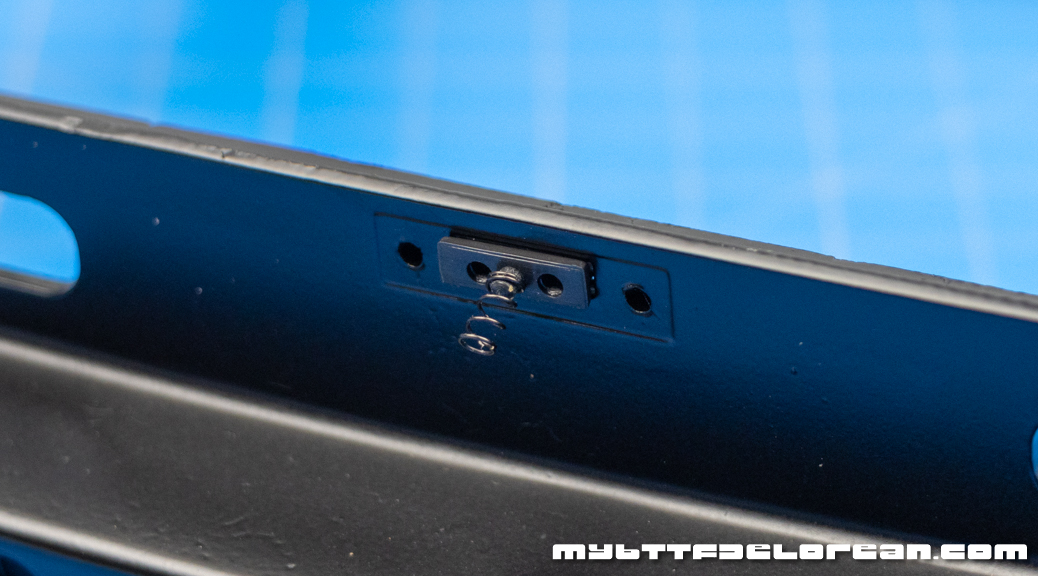 Secure the Lock cover over the Catch, capturing the Spring in between as shown, and secure with two (2) NM screws.

Make sure this is mounted in the correct orientation, with the open side up. This is also your friendly reminder to try using 3-in-One Oil on all screws going into metal: 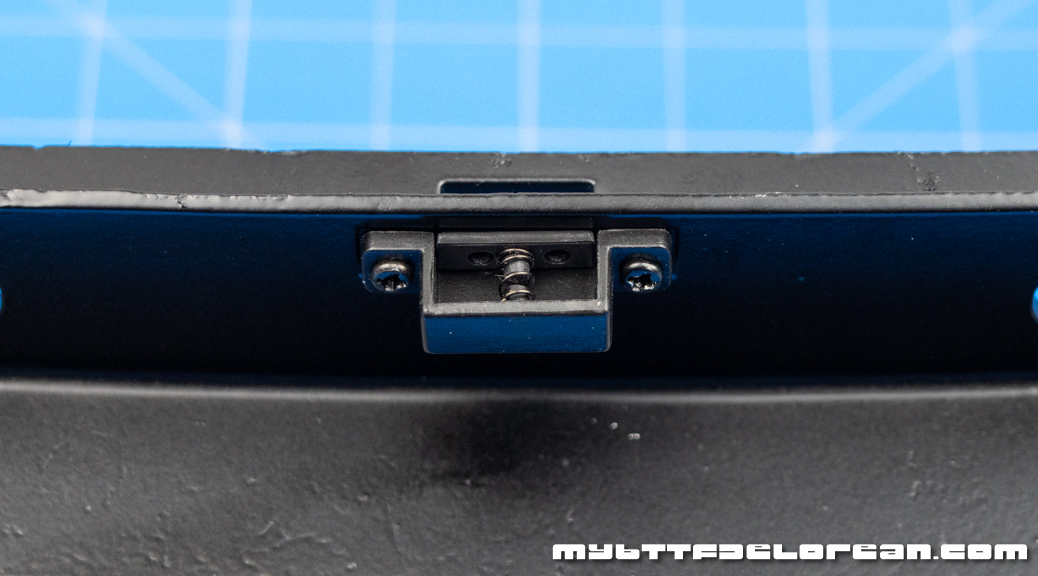 These parts should fit flush against each other: 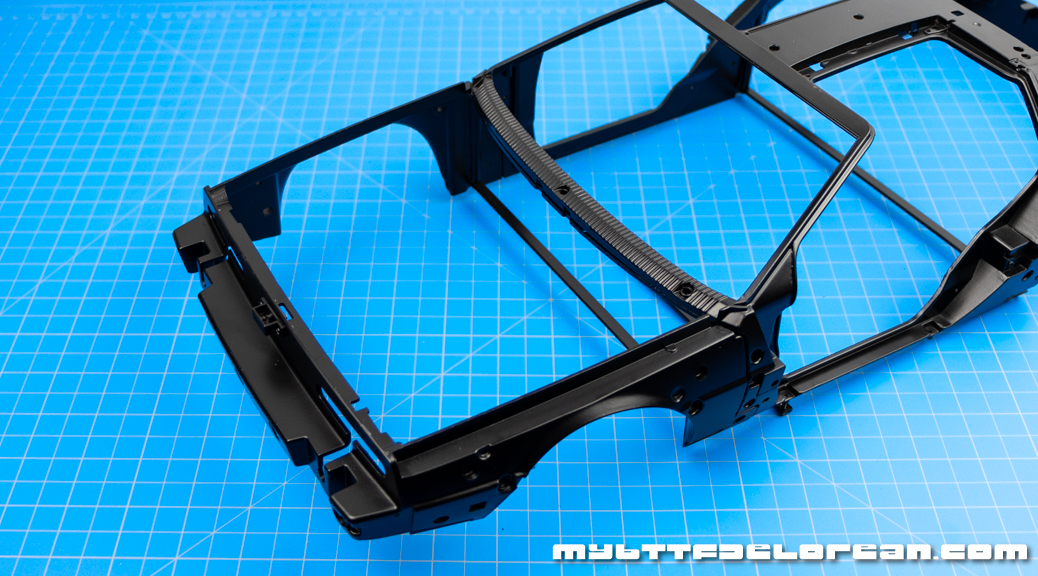 Secure these assemblies together on the driver side with two (2) OM screws: 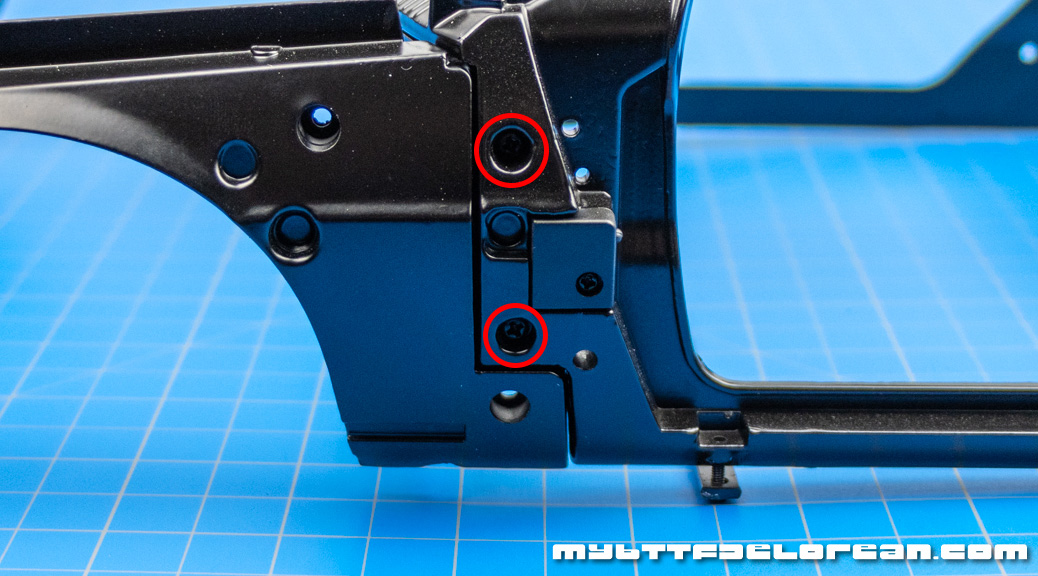 Secure these assemblies together on the passenger side with two (2) OM screws: 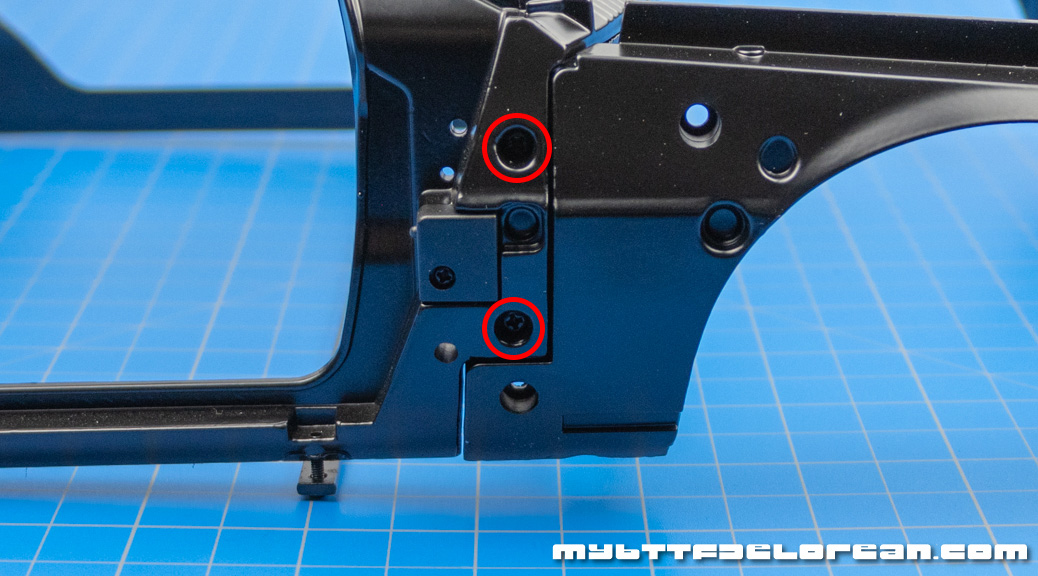 Flip the entire assembly over. Secure the assemblies together along the base of the windshield with four (4) OM screws.

I did not need to remove the packing support to attach these screws: 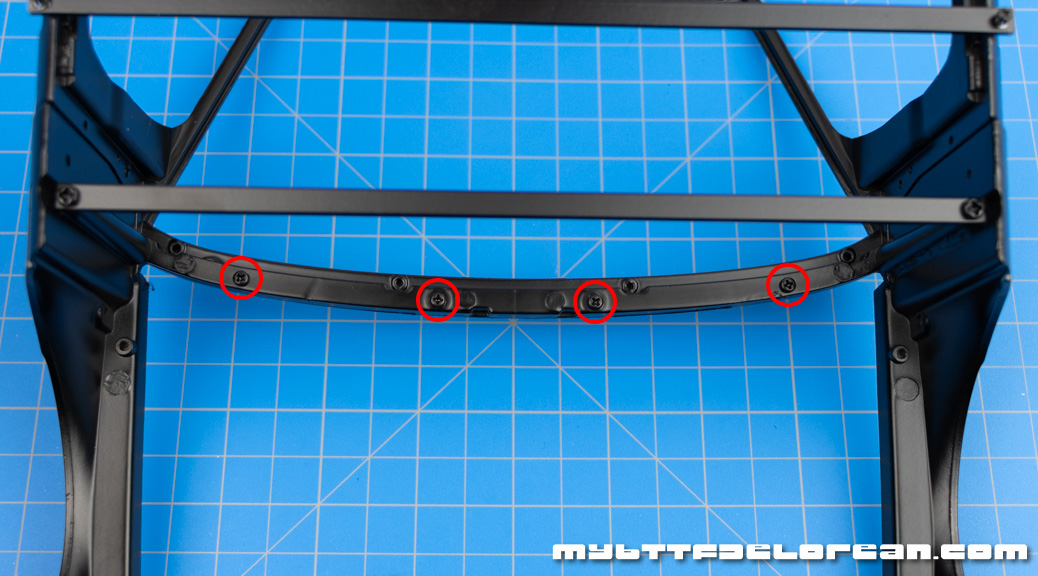 In the last issue, I said this frame assembly was going to get bigger and heavier, and it did. At this point, this entire Frame assembly weighs nearly 3.8 lbs (1.7 kgs)! Hopefully my decision to keep the packing support bars installed will help keep this assembly nice and straight as we continue the build.