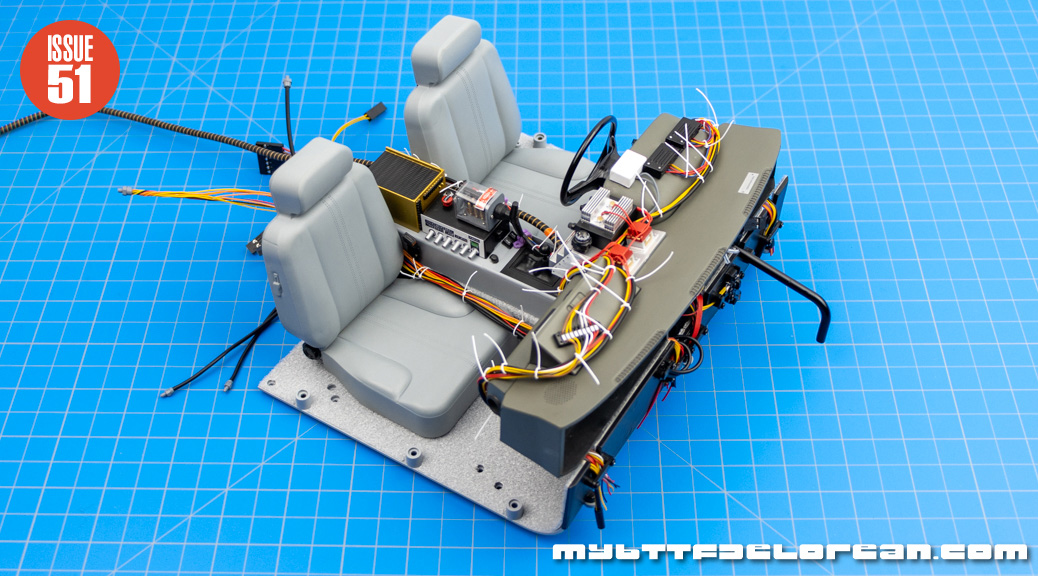 “In this issue you will assemble the passenger seat by following these step-by-step instructions.”

This seat is assembled just like the one in the previous issue (Issue 50). In this issue, I have reused many of the same photos to save myself from taking them all over again (the only difference between the seats is the latch on the side of the seat back is on the other side). 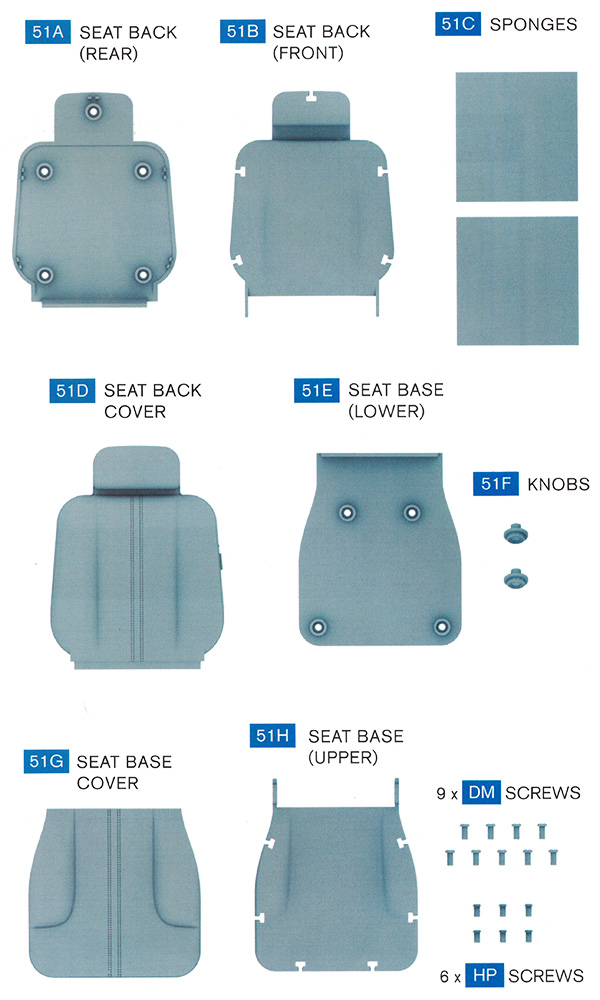 Materials: The seat surfaces are rubber, the internal frame is metal, and the Knobs are plastic. 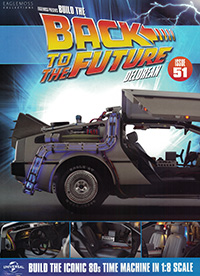 Place one of the Sponges into the cavity at the back of the Seat Back Cover: 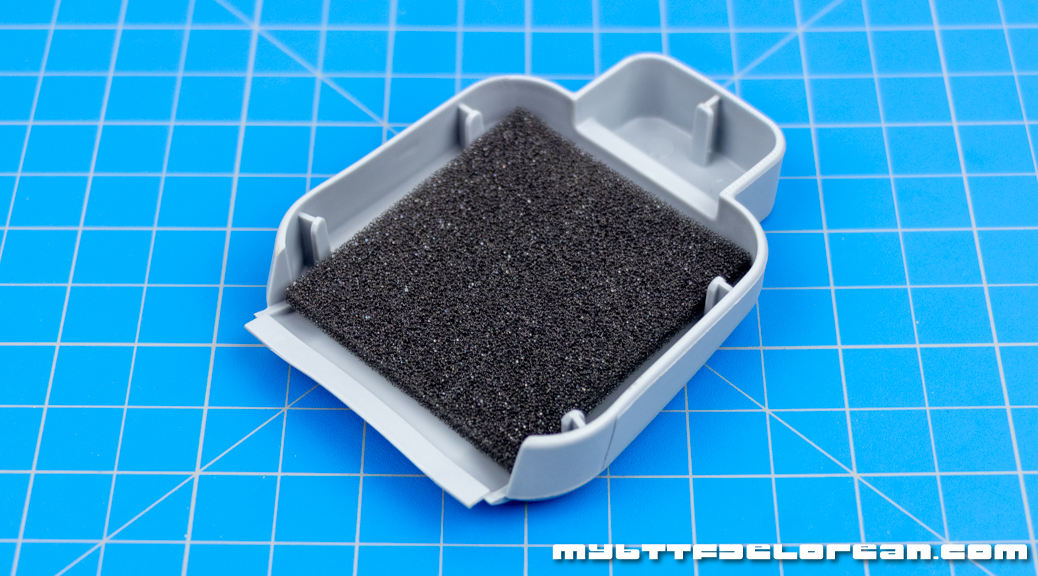 Press Seat Back (Front) down over the Sponge.

The Seat Back Cover is rubber, but the Seat Back (Front) is metal. Be sure to align all five tabs with the matching grooves. It should sit flush: 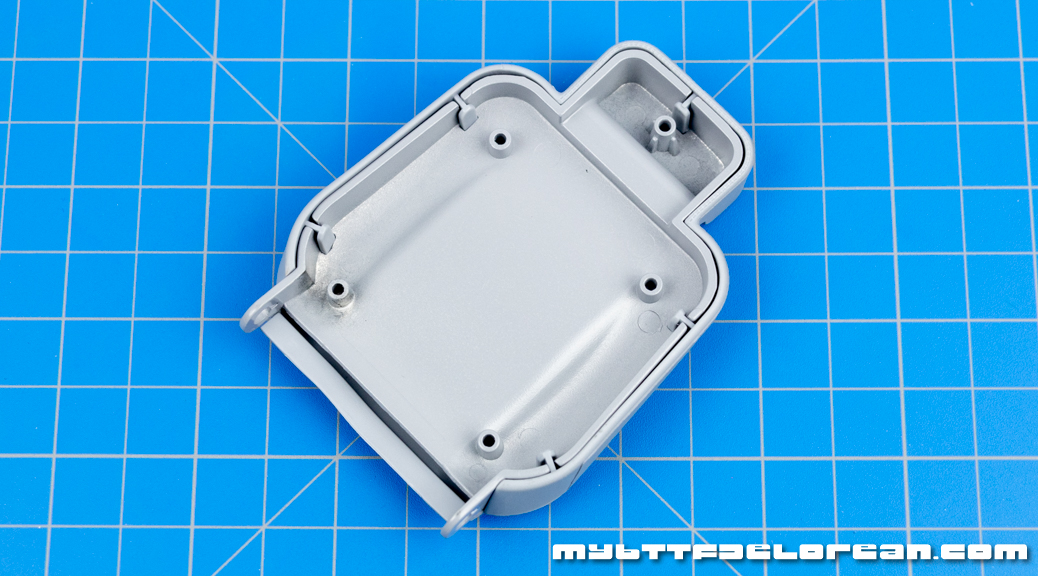 Place the other Sponge into the underside of the Seat Base Cover: 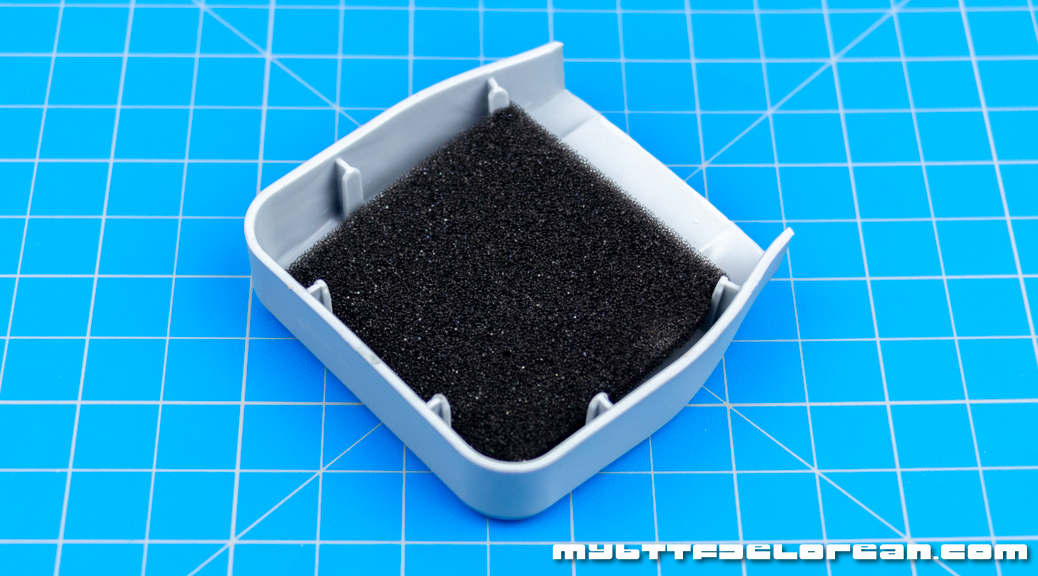 Place the Seat Base (Upper) on top of the Sponge.

These six tabs should be aligned in the grooves the same way as like the first time and should be flush as well: 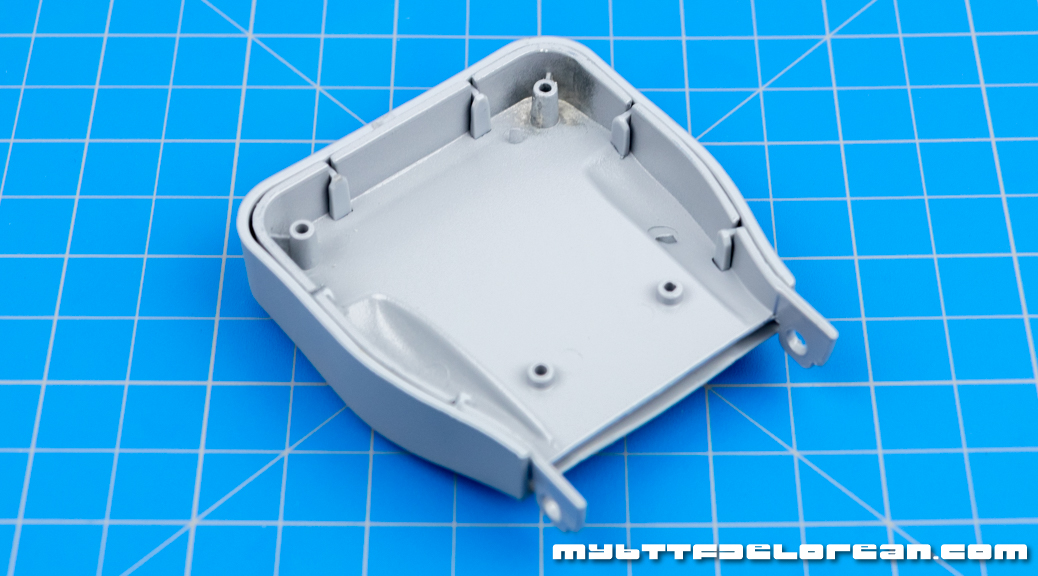 Push the seat back assembly onto the seat, as shown.

The long strip at the bottom of the seat back assembly should end up tucked back into the space between the two seat pieces: 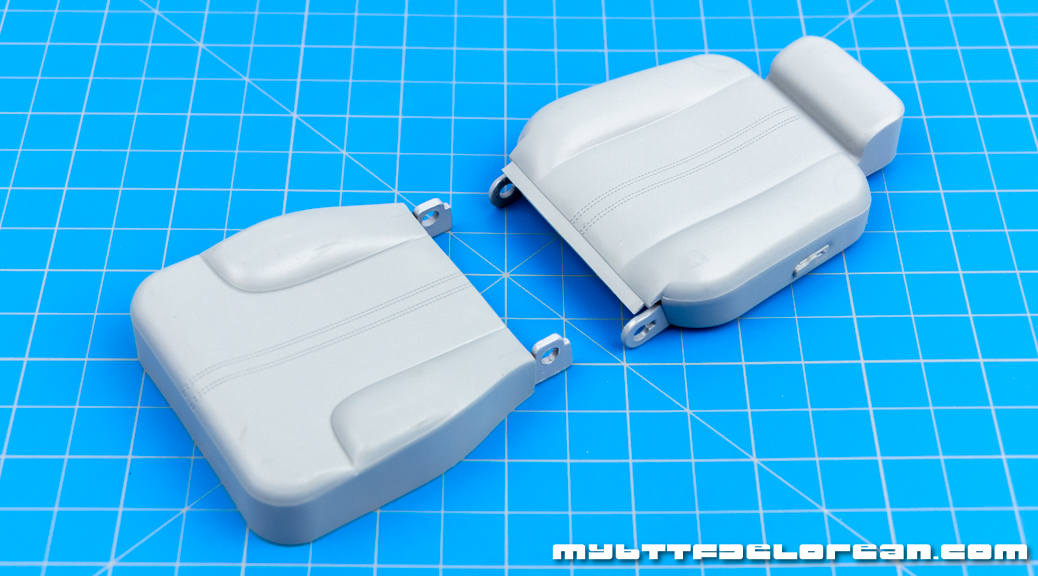 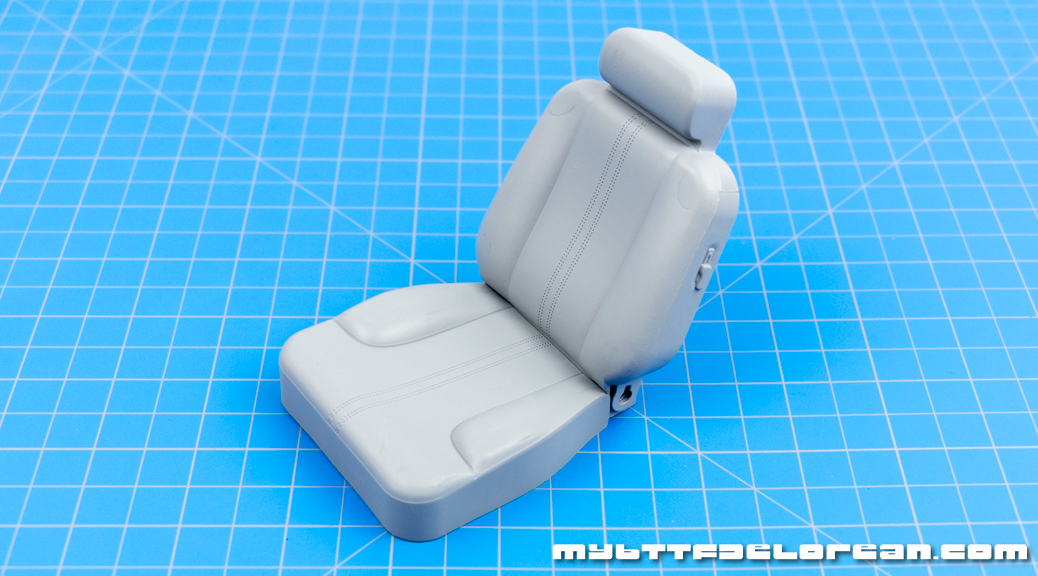 The knobs have a key on them that matches up to the hole. Make sure these press all the way in: 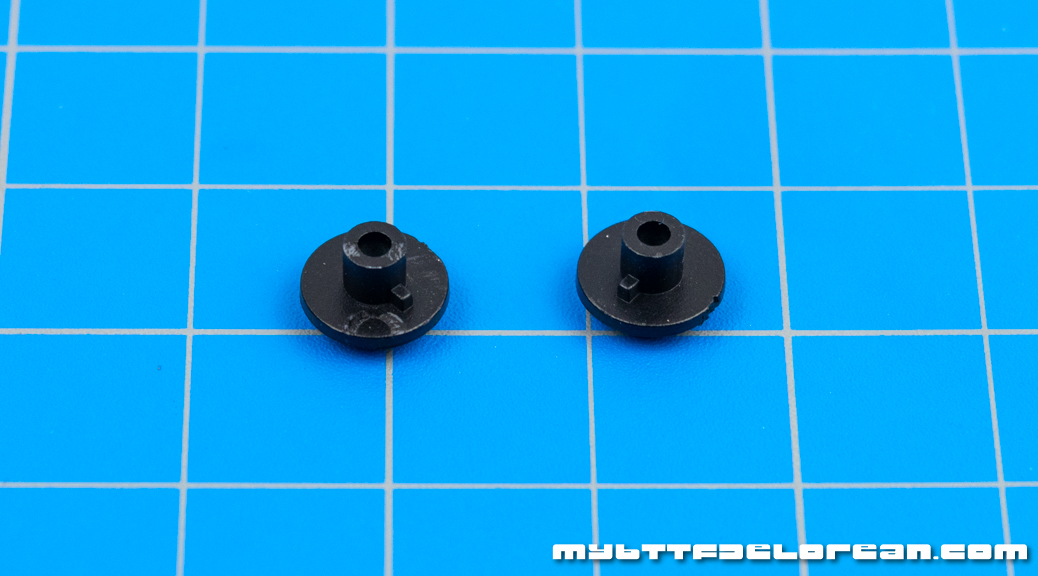 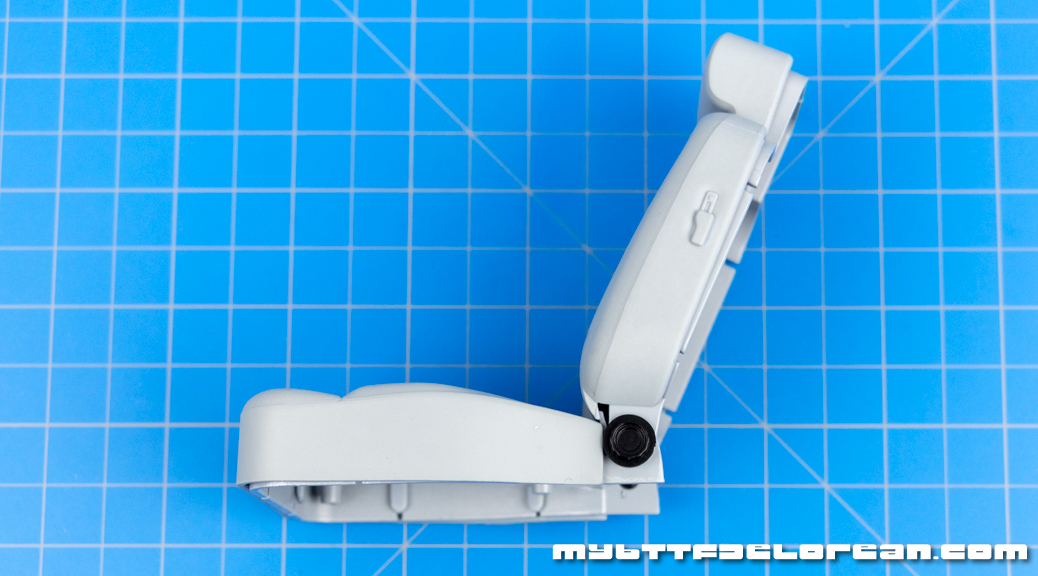 Tighten one (1) HP screw from the inside to secure the Knob in place: 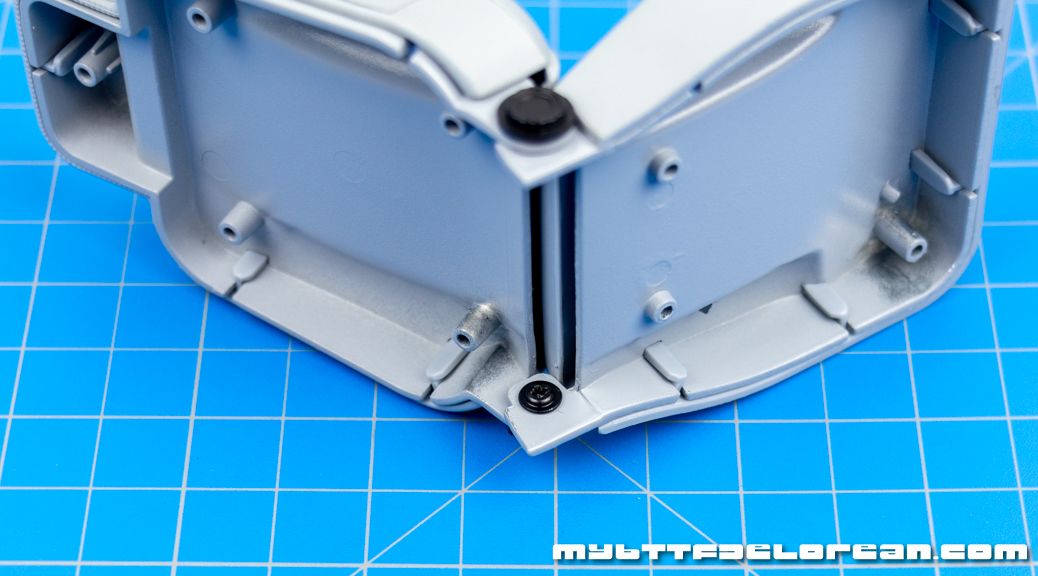 Repeat the two previous steps to install the other Knob: 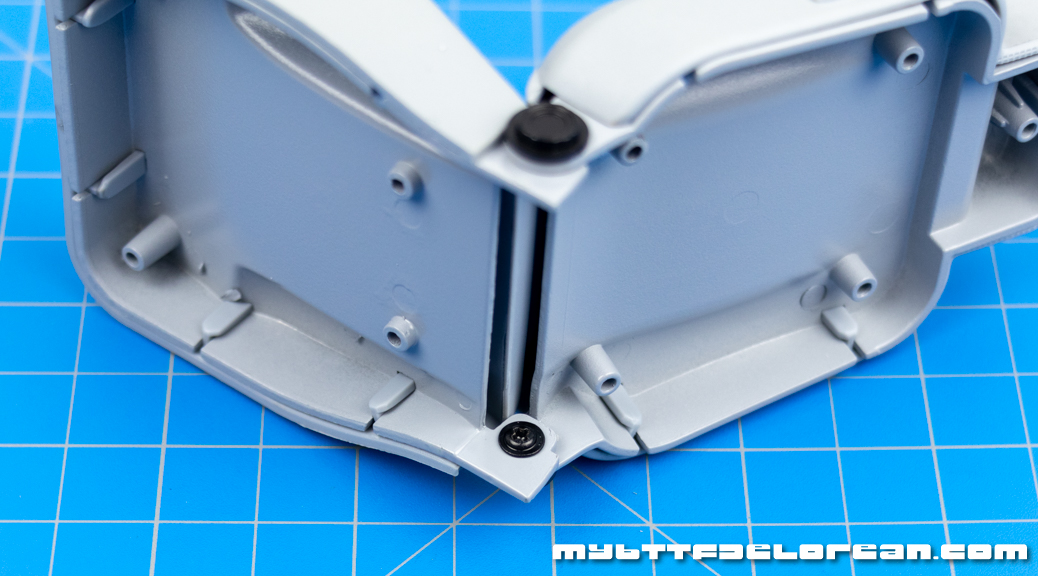 Secure the Seat Back (Rear) to the back of the seat with five (5) DM screws. 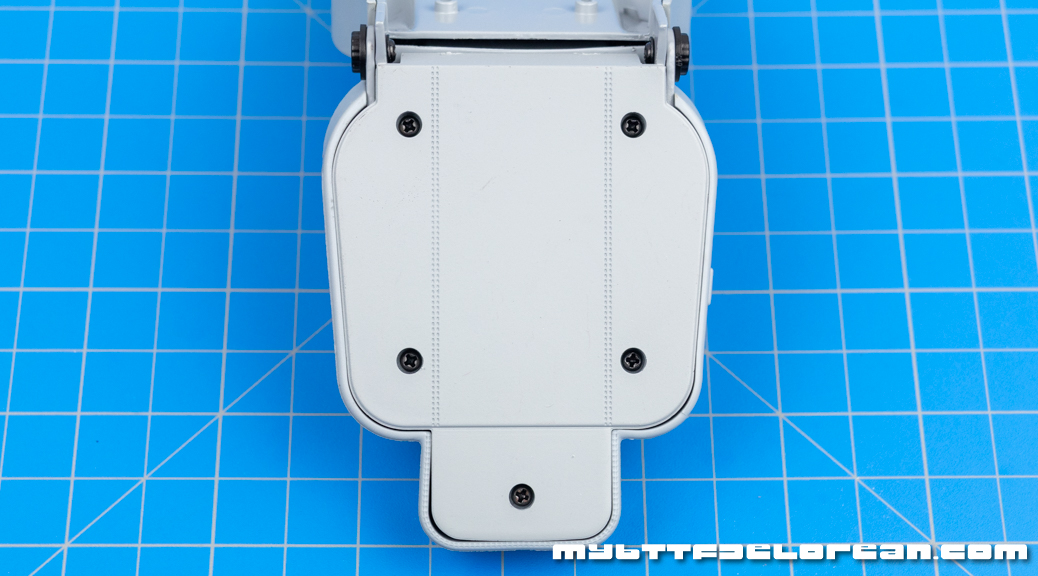 Secure the Seat Base (Lower) to the bottom of the seat with four (4) DM screws: 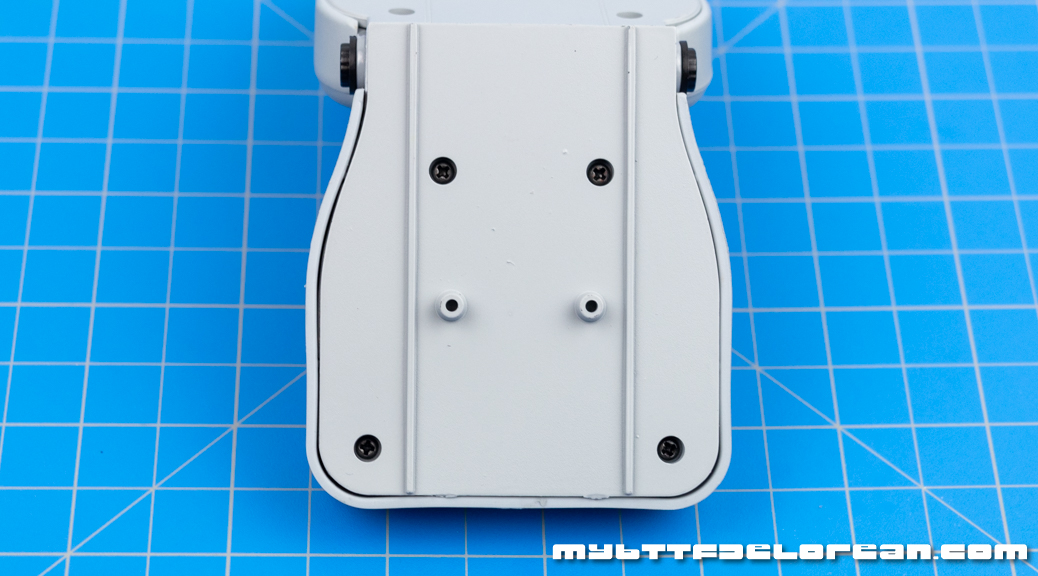 This is the completed seat: 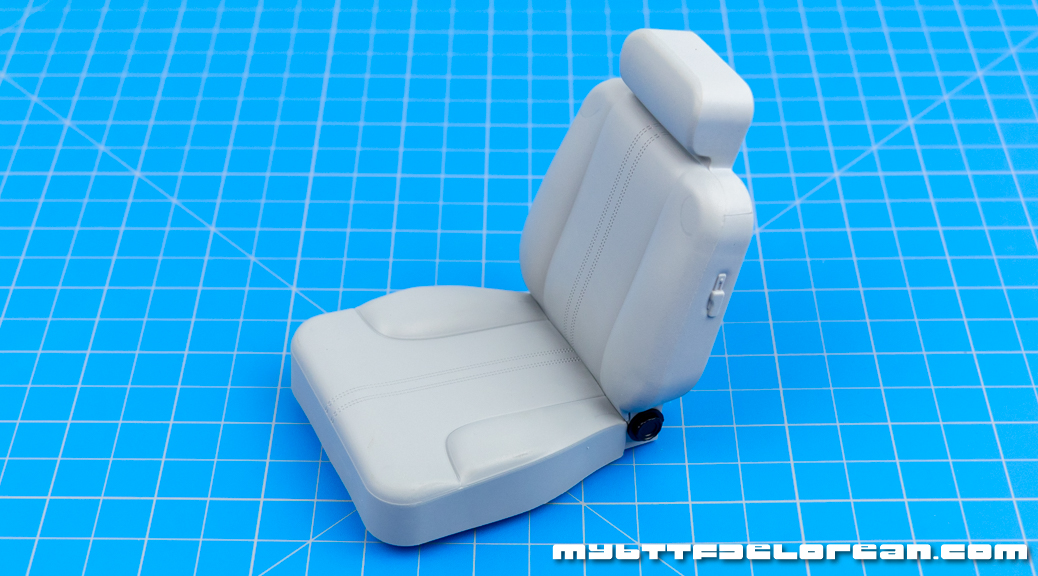 Of course, it is mod time! There are two mods out there for the DeLorean seats. First up is the small grey stickers included with Decal Set II from Mike Lane. 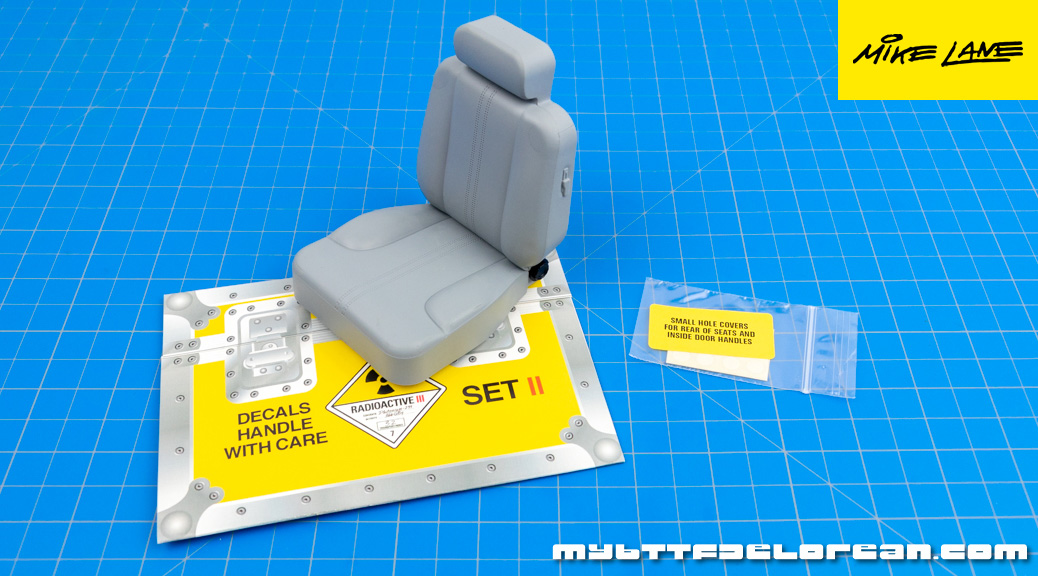 These are simple peel and stick color-matched decals to cover up the holes: 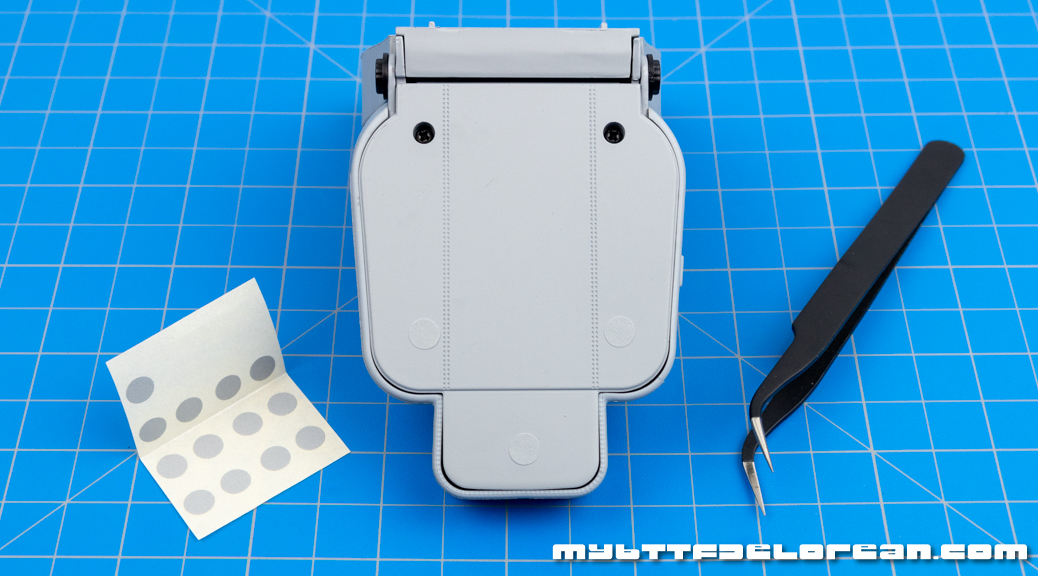 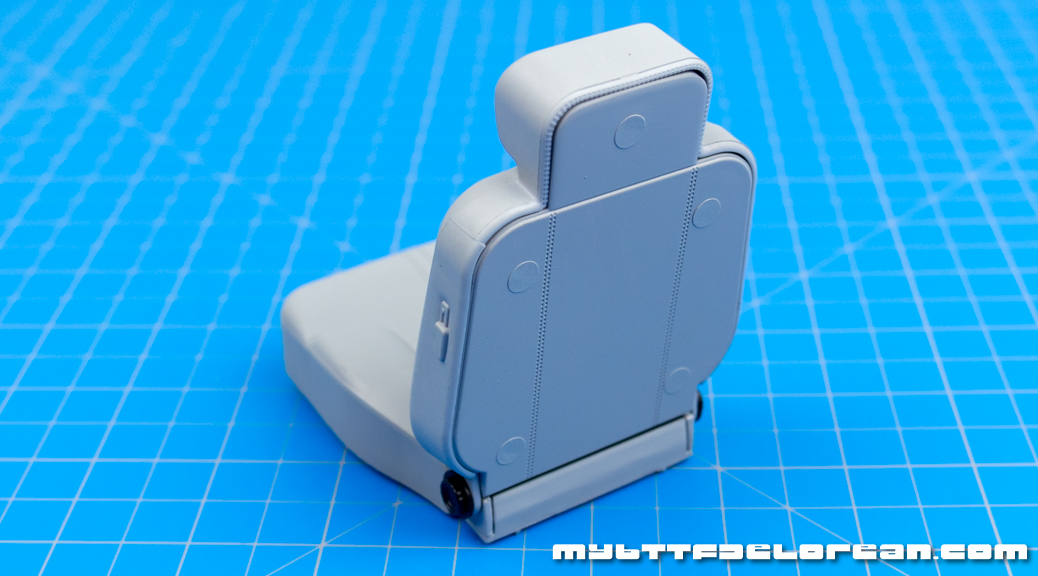 The second option is the Seat Back Covers from Bill Will Green. These are 0.25mm molded polystyrene and painted to closely match the seat: 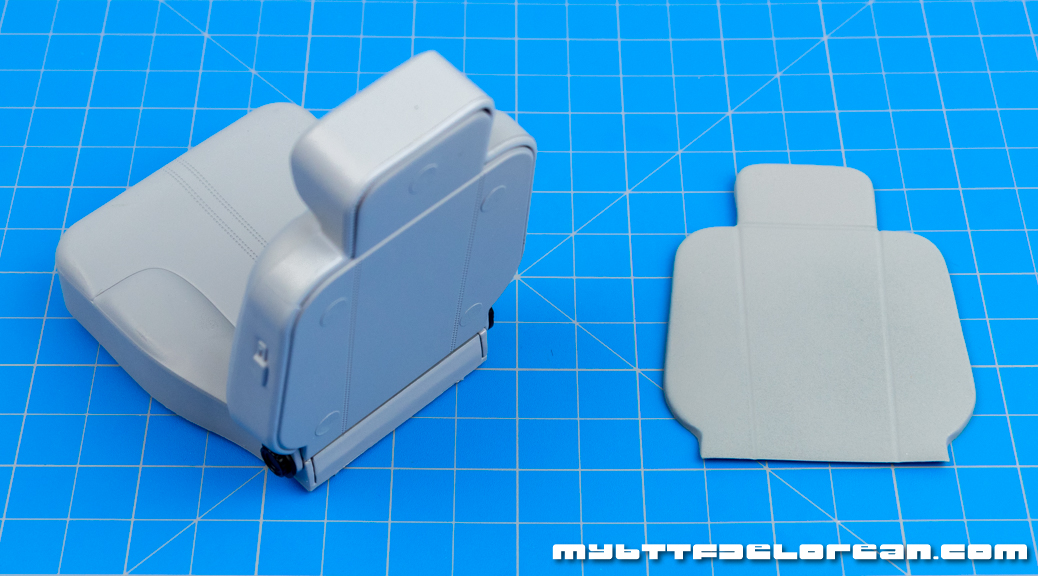 The back of each Seat Back Cover has pre-installed self-adhesive strips: 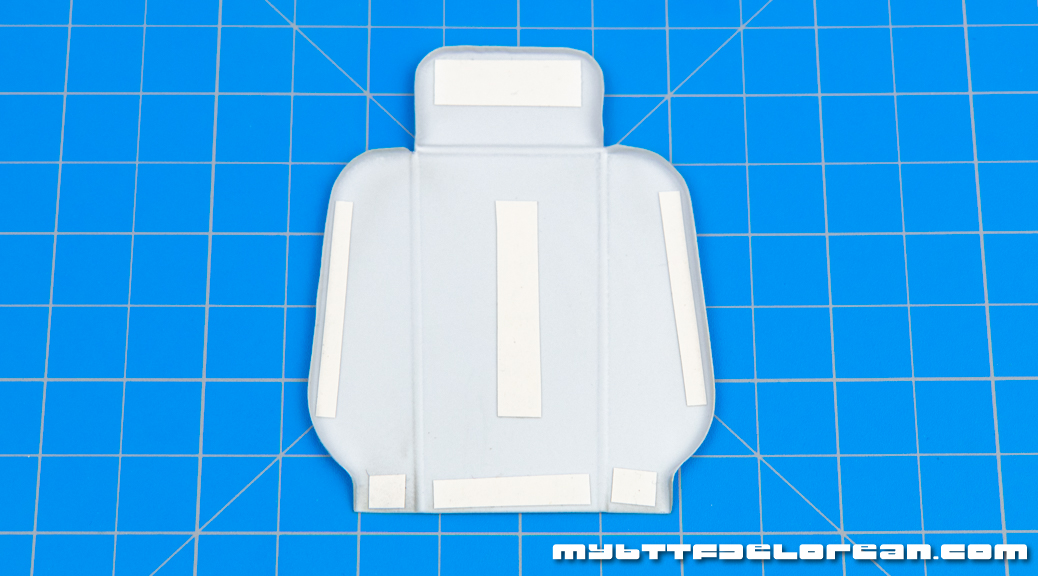 Once the backing is removed from the strips, you can push the cover into place. Make sure you tuck the edges under the rubber seat cover: 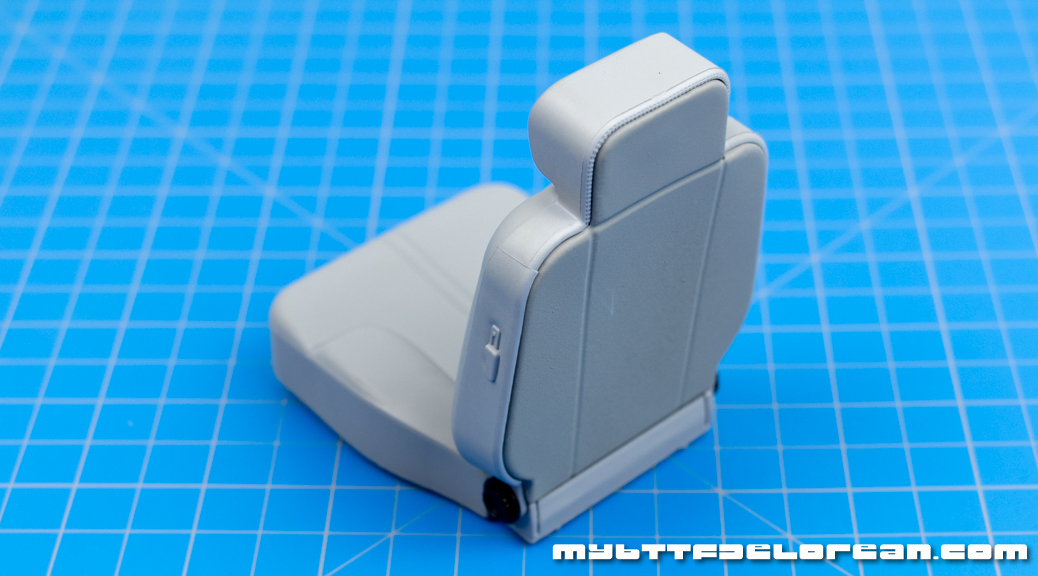 Both are great solutions to cover up the holes in the back of the seat. While they won’t be seen much, the seat can be folded forward to see the bulkhead details once the car is complete, so hiding them is always nice.

Fit the completed seat to the passenger side of the floorboard. Make sure you move the Seat Belt out of the way first.

Another thing to watch for here is the bundle of wiring. It should pass through the gap between the seat and the belt, as shown: 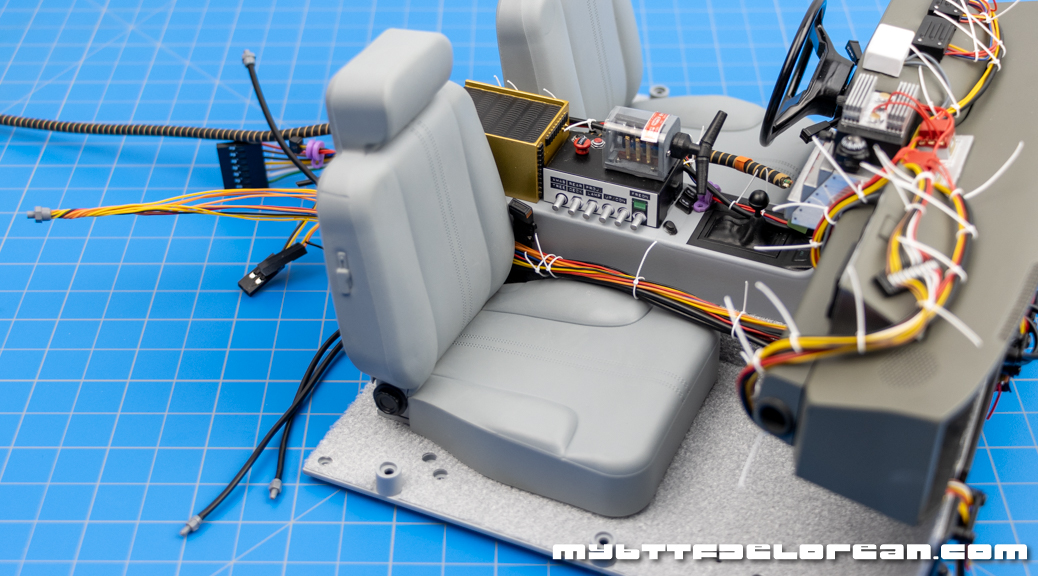 Turn the entire assembly over and secure the seat from below with two (2) HP screws. Do not overtighten these, the seat should be able to slide in the tracks! 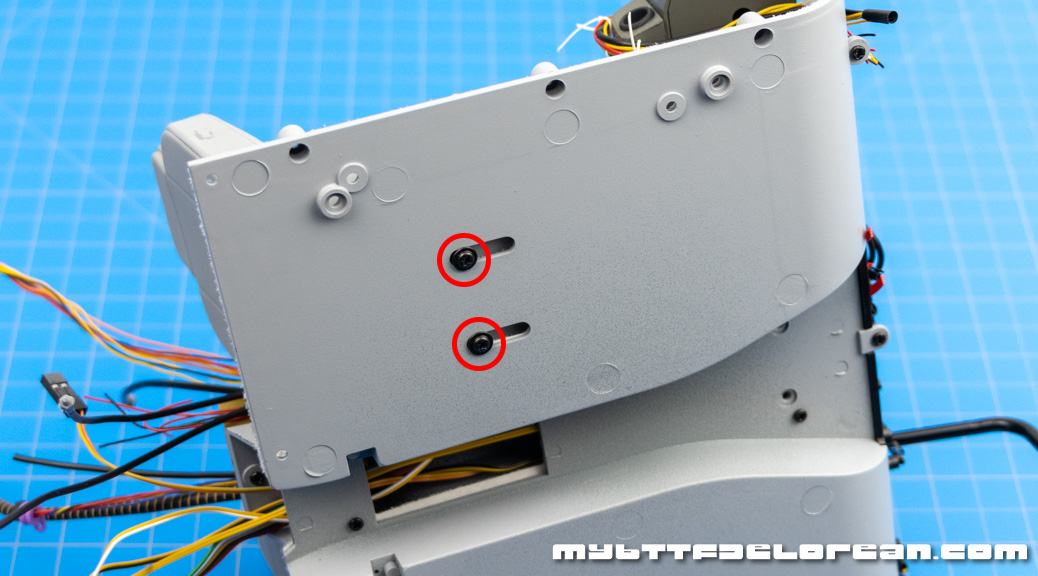 Since we just built a seat, this issue was a breeze! In the next issues, we get back into lots of wiring and move on to the rear bulkhead.