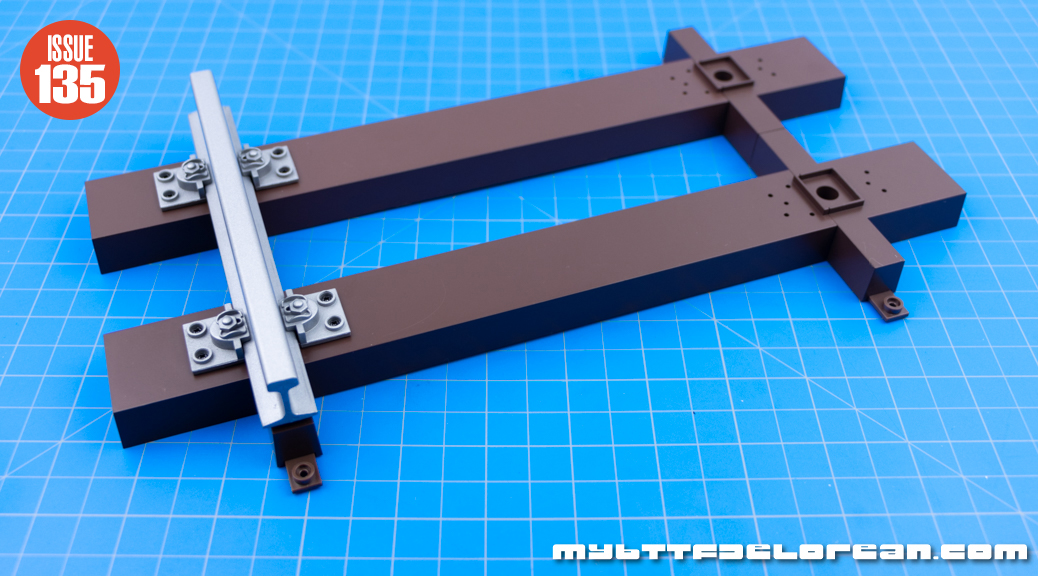 “Assemble another railroad tie (sleeper) for your railroad base and affix it to the rail.” 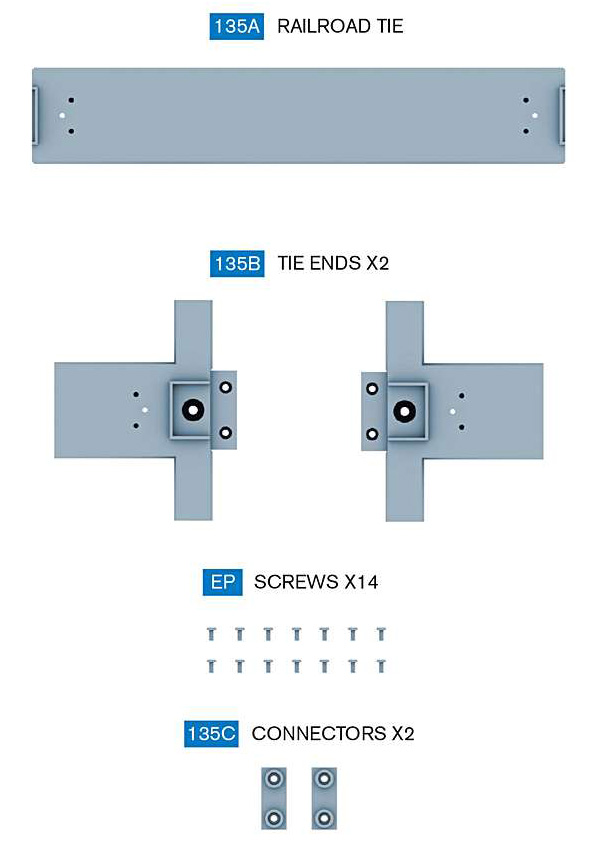 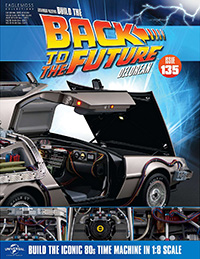 Fit a Tie End to both ends of the Railroad Tie, as shown: 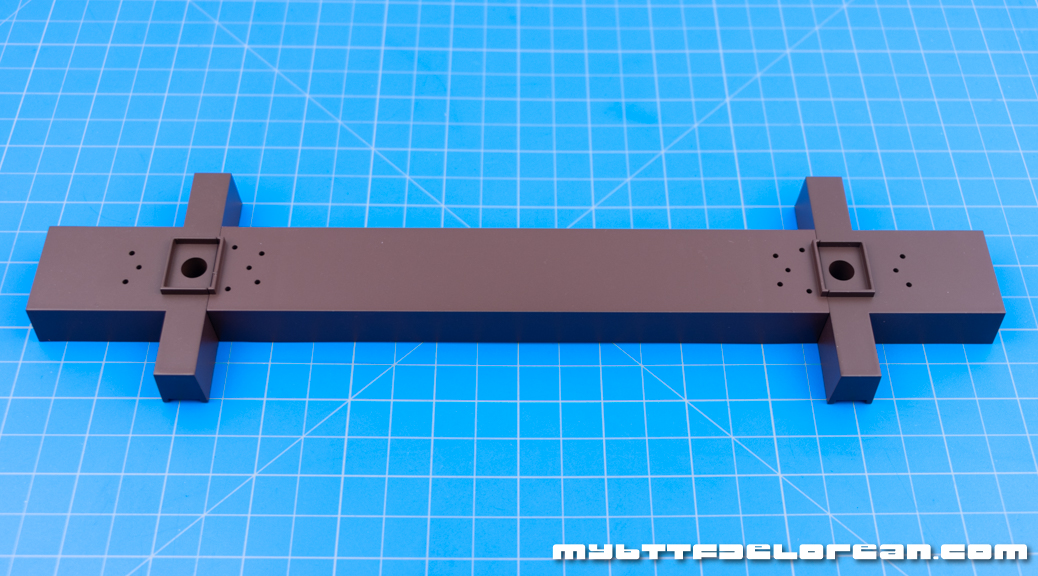 From below, secure these parts together with four (4) EP screws: 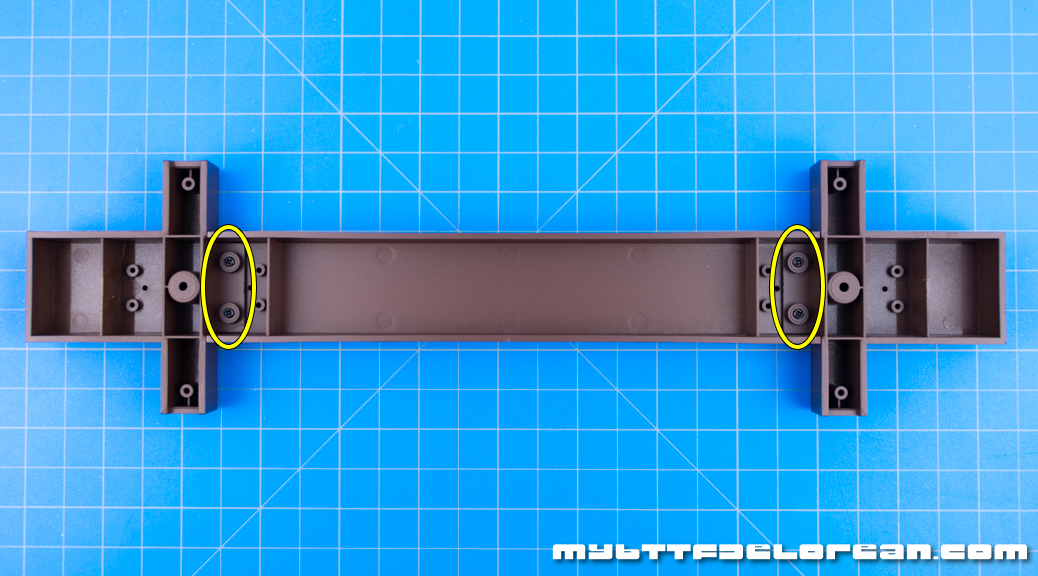 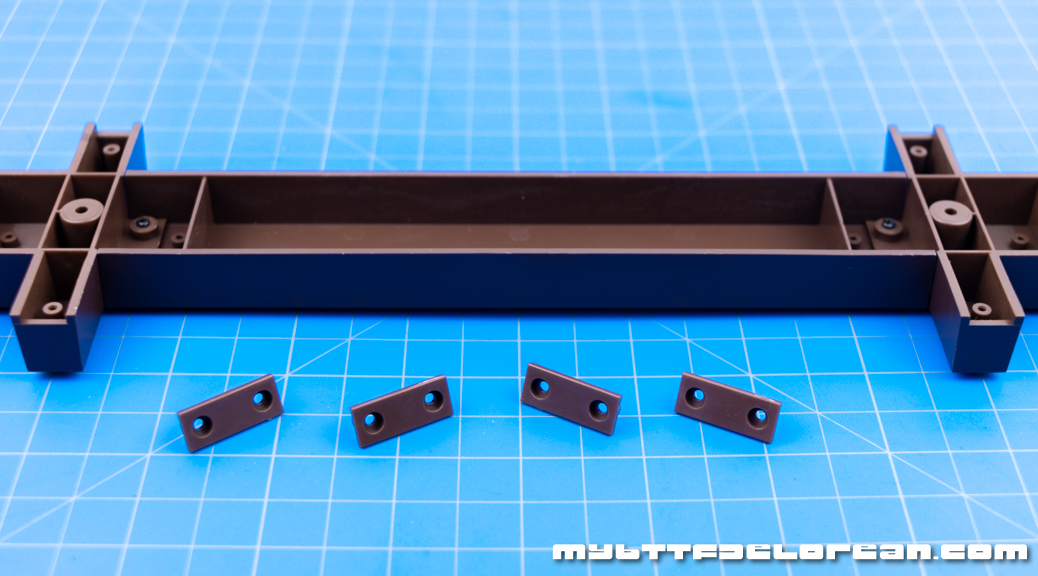 Fit two Connectors to each end of the Railroad Tie as shown, and secure with two (2) EP screws, one on each side: 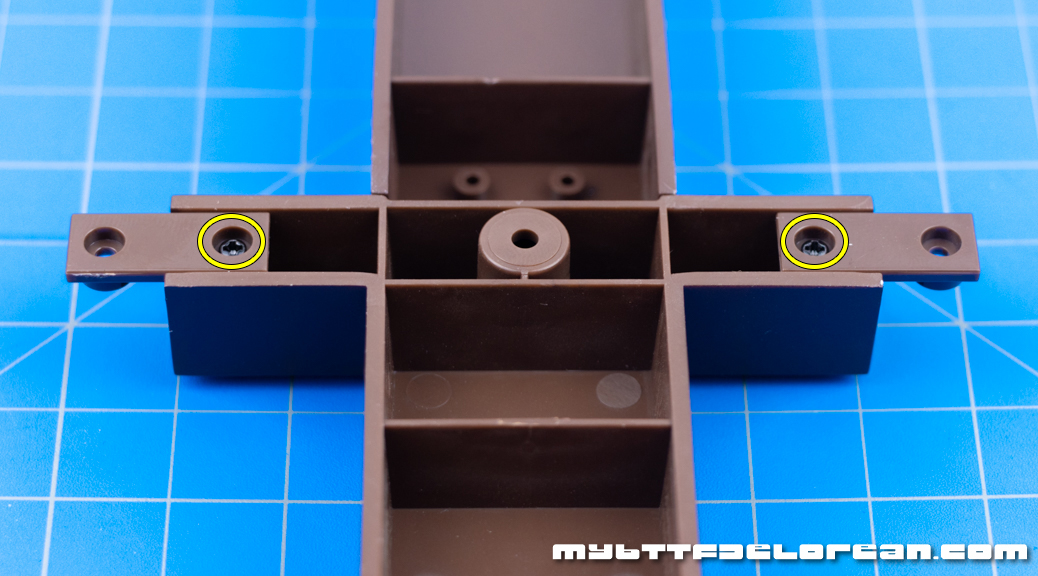 Repeat this process at the other end of the Railroad Tie with two (2) more EP screws and Connectors. It should look like this now: 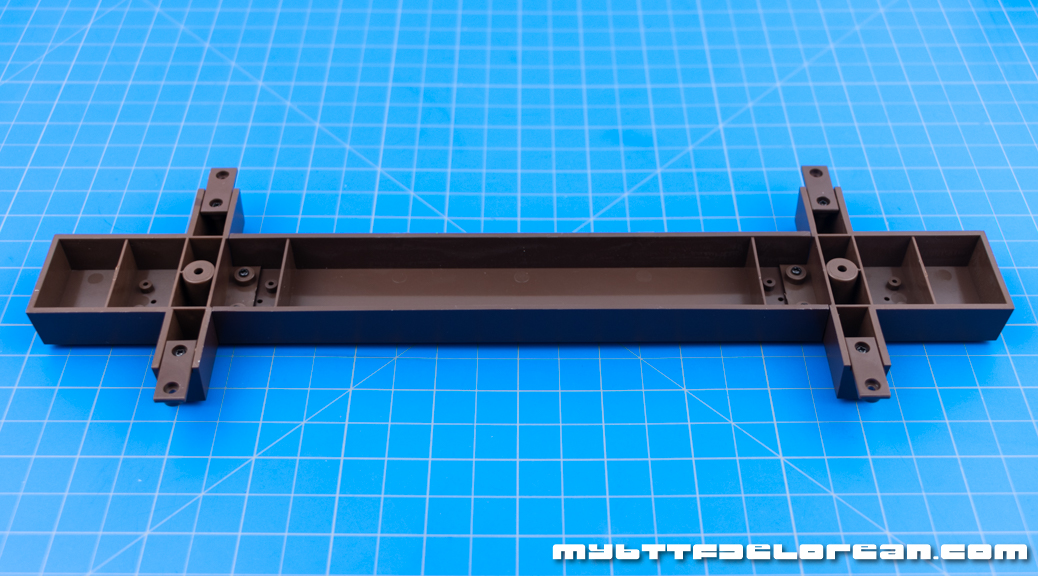 Retrieve your built Track assembly from Issue 133. Place this Railroad Tie assembly next to the previous tie, under the Rail, as shown: 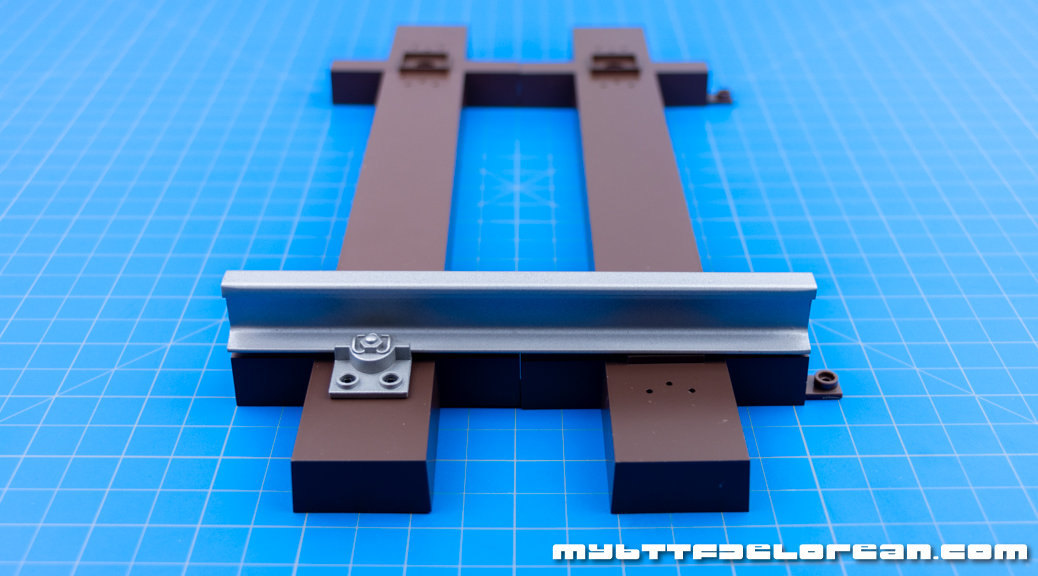 Secure the two Railroad Ties together at the Connectors underneath, using two (2) EP screws as shown: 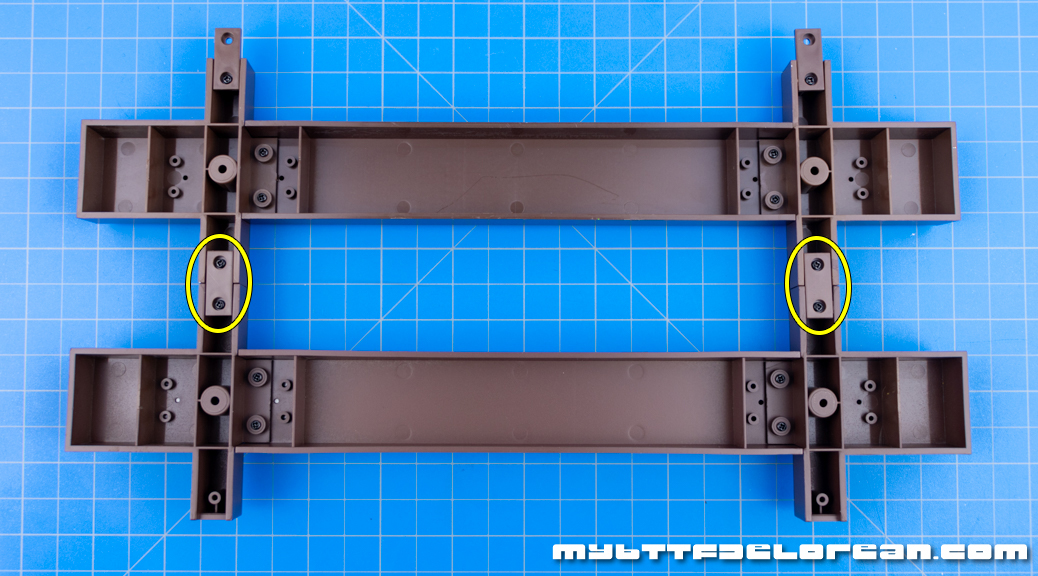 Retrieve the Rail Chairs from Issue 133. Secure the next section in the same way as before using four (4) EP screws: 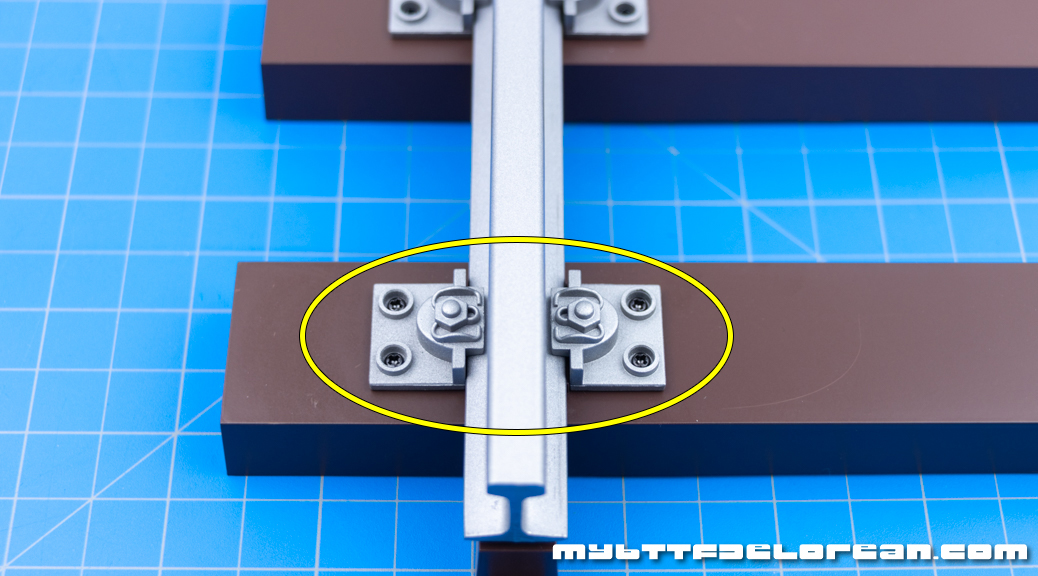 These track issues are going to start feeling repetitive very fast! As before, the Rail is metal, but everything else is plastic.