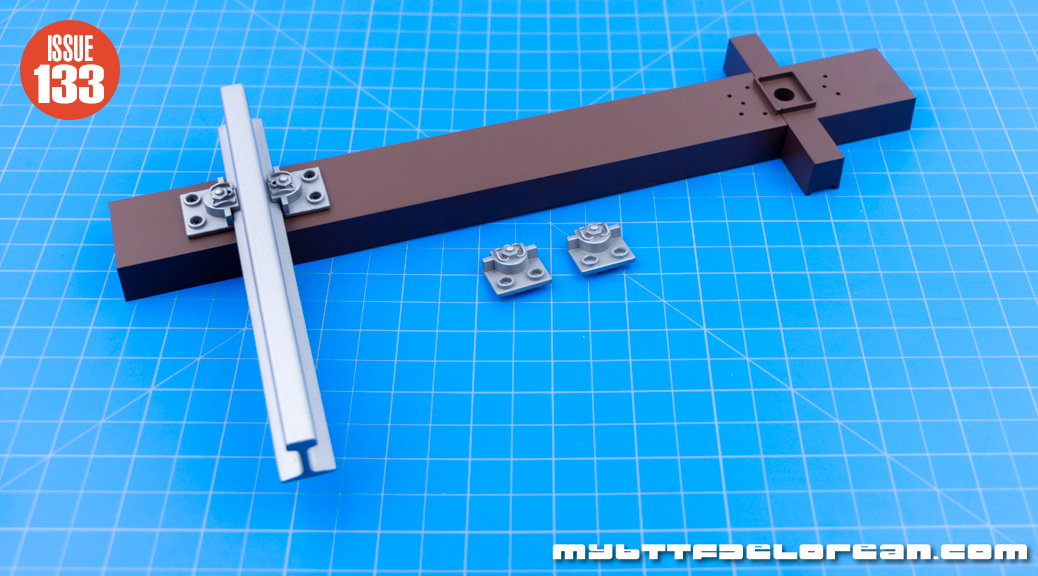 “This issue’s parts include the first part of the rail for the base and the ‘chairs’ that hold the rail in place.” 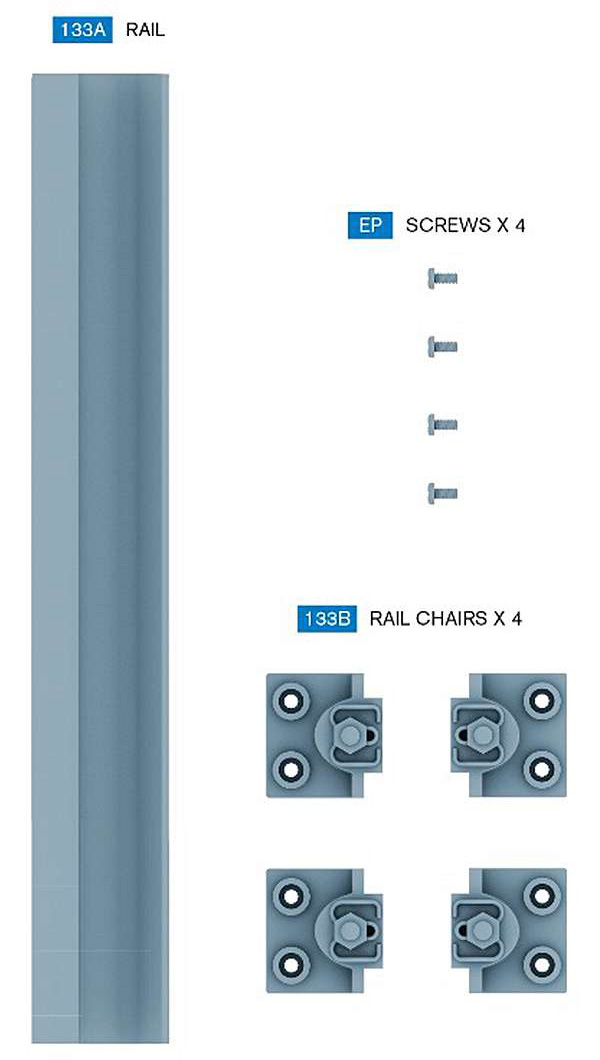 Materials: While the Rail itself is metal, the chairs are plastic. 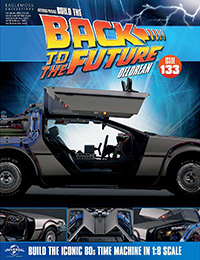 Actually, we don’t need to do this step just yet as the Rails can slide under the Rail Chairs at any time.

Fit the two Rail Clamps to one end of the Sleeper assembly, aligning the pin and screw holes as shown: 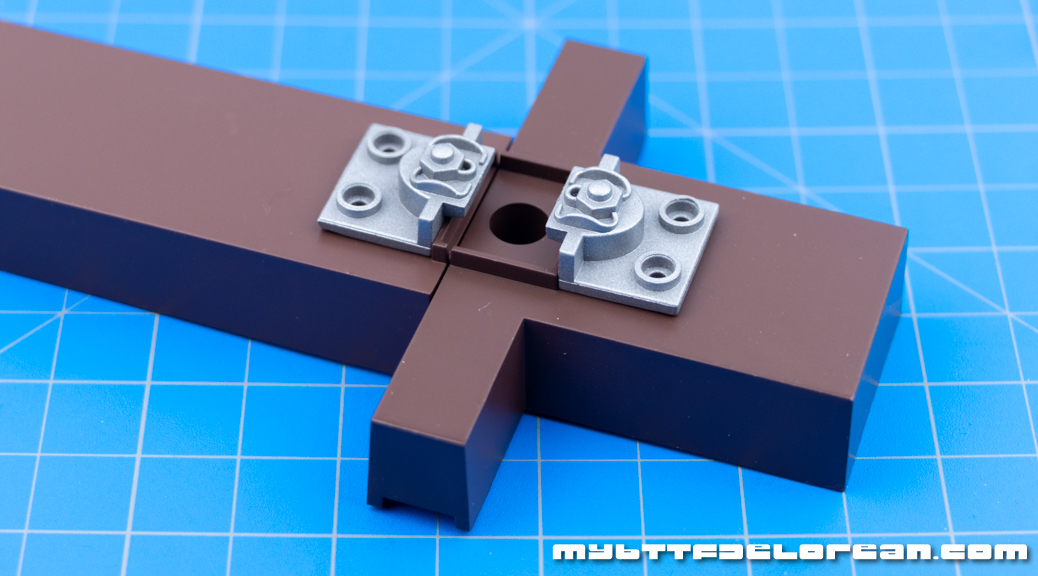 Secure the Rail Chairs down with four (4) EP screws, two in each: 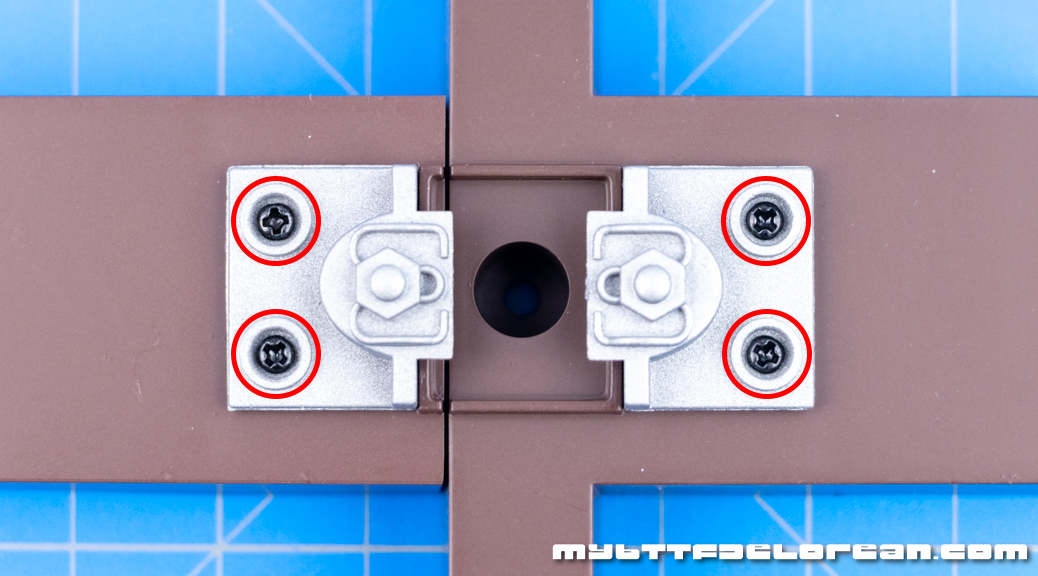 Now, we can slide the Rail under the chairs and align it to the end of the Sleeper assembly: 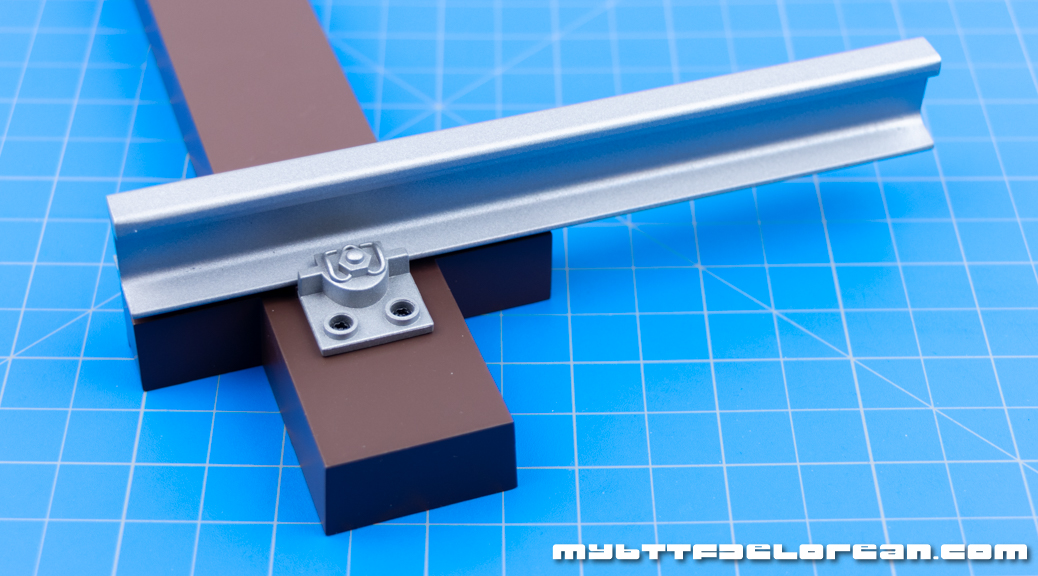 All of these rail/wheel assembly issues of this extension are going to be really short and repeat the same process over and over.