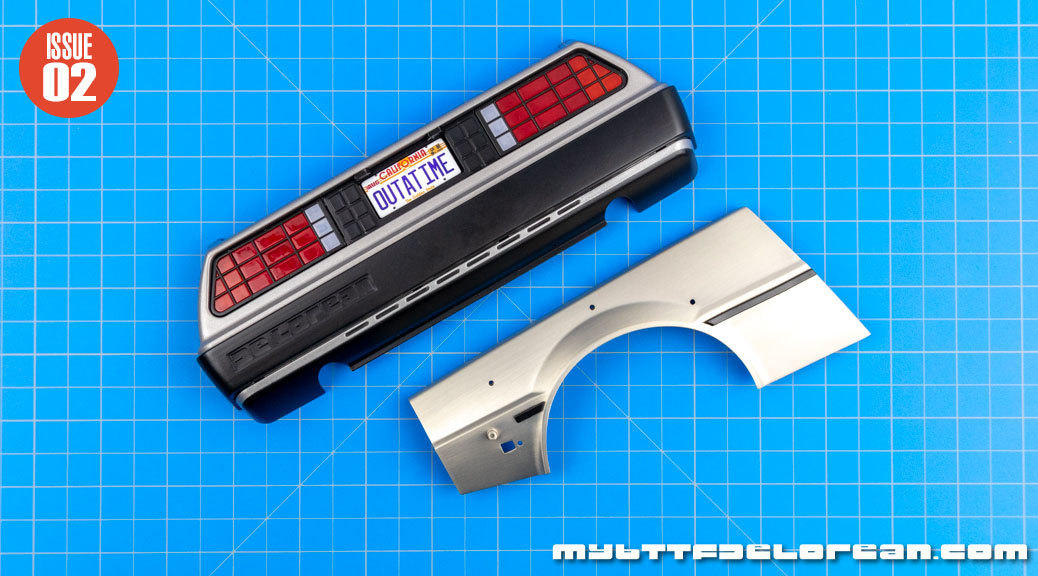 “With the rear section, bumper and license plate of your DeLorean already assembled, it’s time to start building the car’s iconic unpainted steel shell. First up is the driver-side wing with its trim…”

This left front fender is a nicely brushed piece of aluminum and looks beautiful!

Materials: The Driver-Side Wing is metal, but the rest is black plastic. 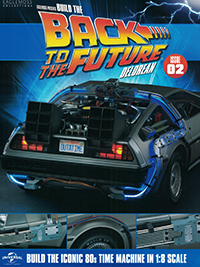 Attach the Black Trim (Long) to the Driver-Side Wing with two (2) AP screws.

There is a small pin on the Black Trim that will only let you align it in one orientation: 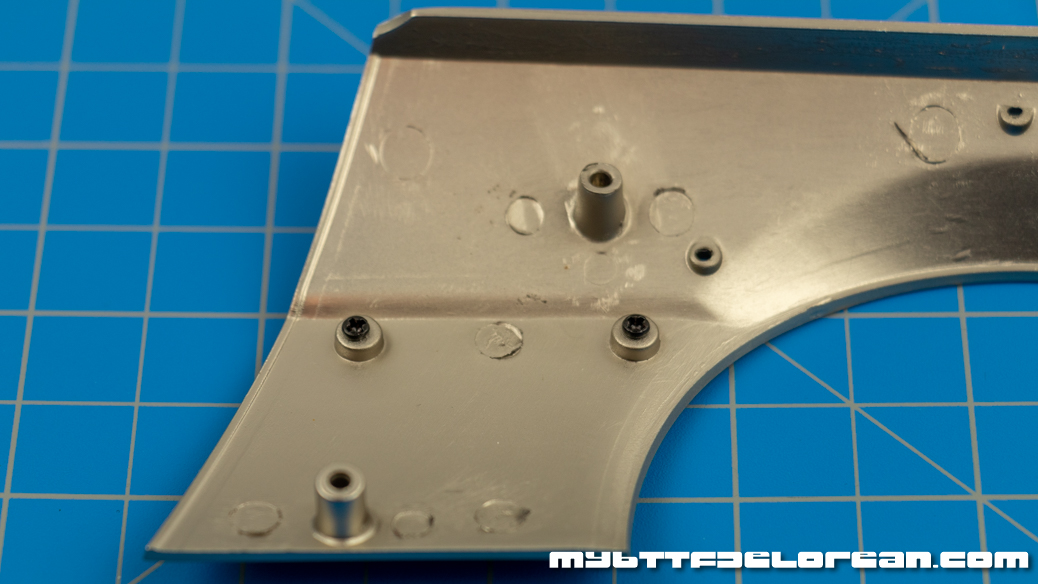 Attach the Black Trim (Short) to the Driver-Side Wing with one (1) AP screw.

This Black Trim also has a small pin that will only let you align it in one orientation: 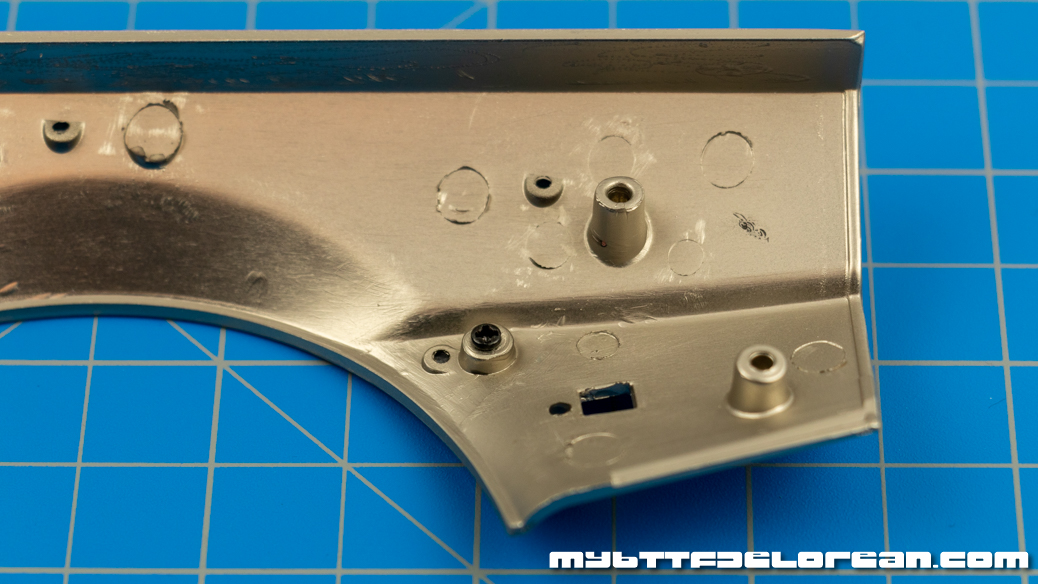 On my model, this piece did not sit flush, so I trimmed the pin down a little bit to get it closer to the body: 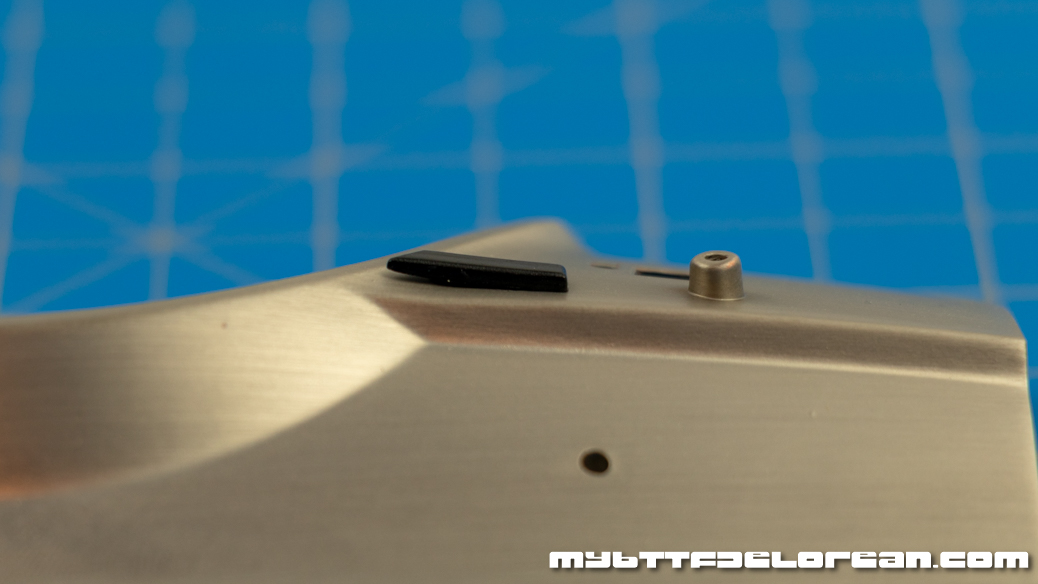 Place the Lights panels into the Frame.

Notice the orientation of part 1-H (rear center light). It will not sit flush if inserted incorrectly: 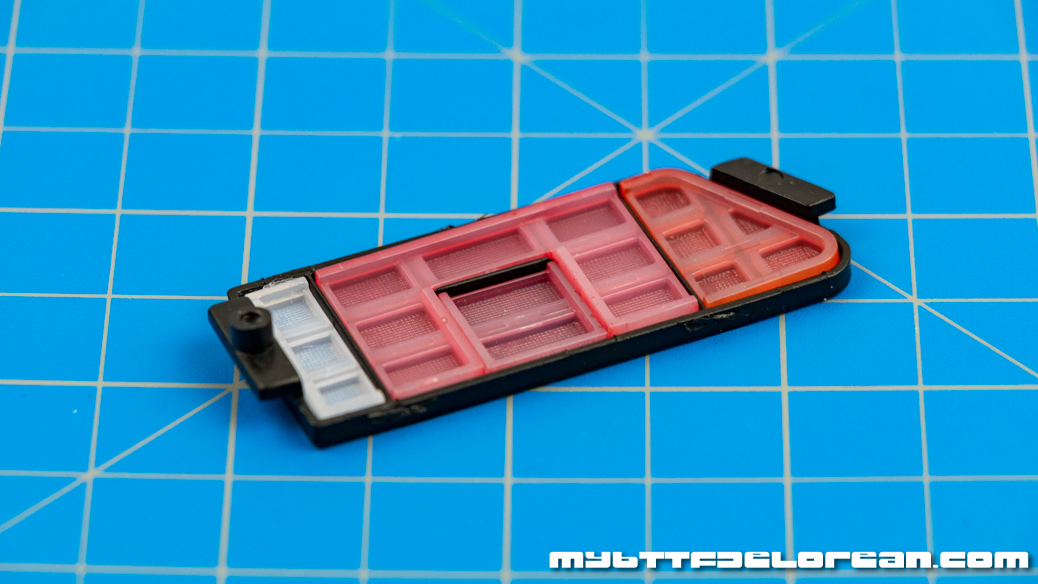 It is usually easier to do this with both parts upside down so the loose Lights panels do not fall out of the frame.

Then, attach the tail light Frame to the Upper Rear Section with one (1) BP screw: 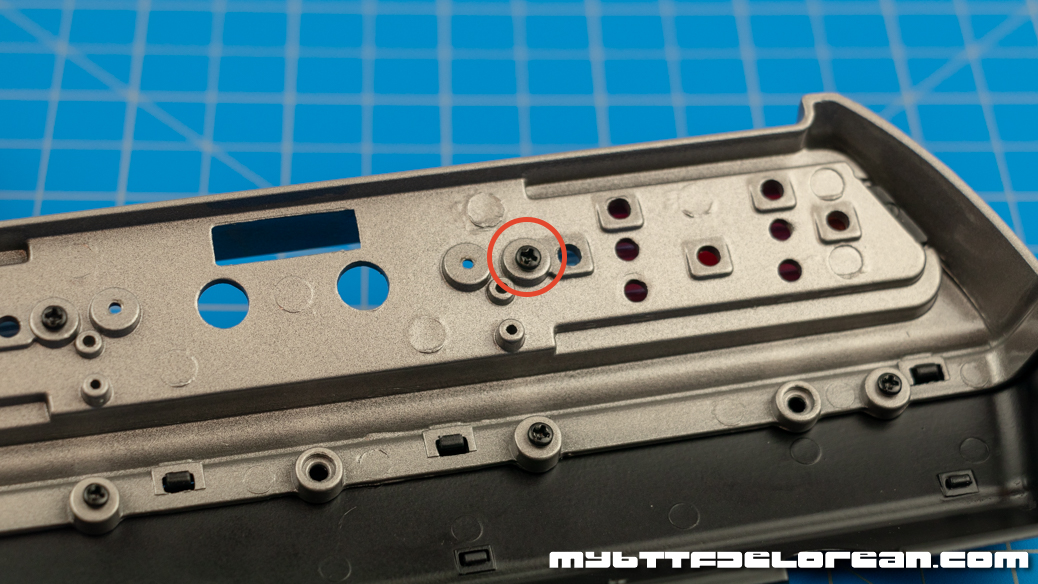 Attach the Plate Base (from Issue 01) to the Upper Rear Section with two (2) AP screws.

You can play with the tightness of these two screws and the tail light frame screws to get them all straight across the body: 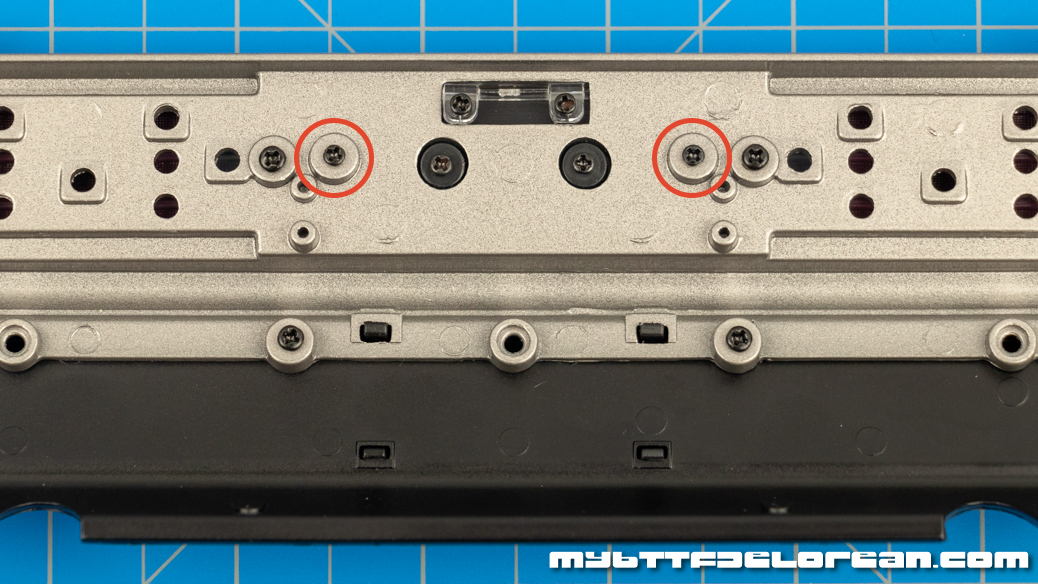 I returned to this issue to install another great Mike Lane mod in the form of little black stickers from his Decal Set III. Underneath the Rear Bumper are eight small slits in the Lower Rear Section. On the real DeLorean, these are open holes. As most builders would not want to cut into the metal, Mike came up with these decals to give the illusion of holes. I used pointed tweezers to align them into each slot: 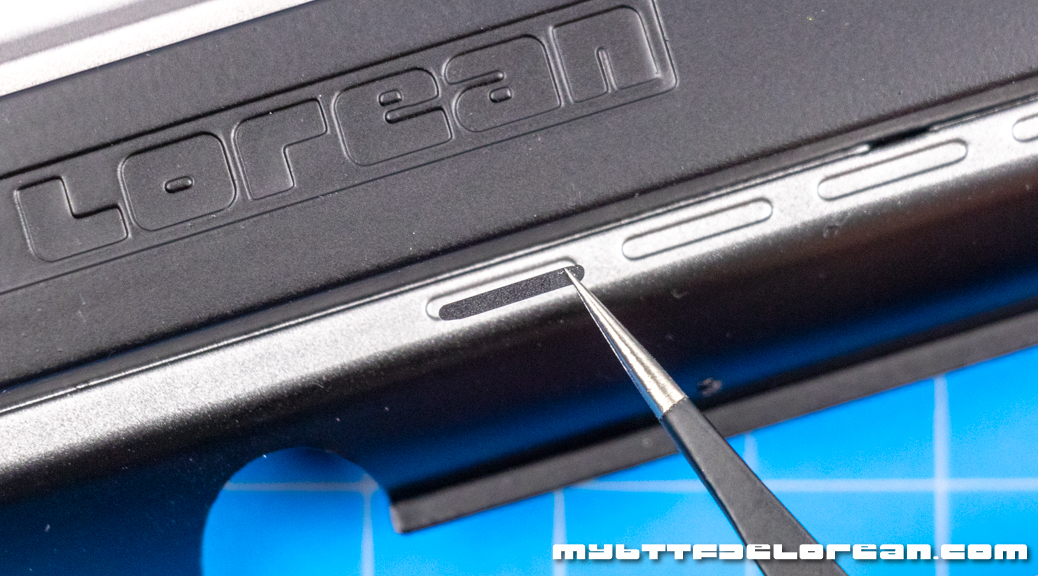 Once completed, this is the result. A nice touch! 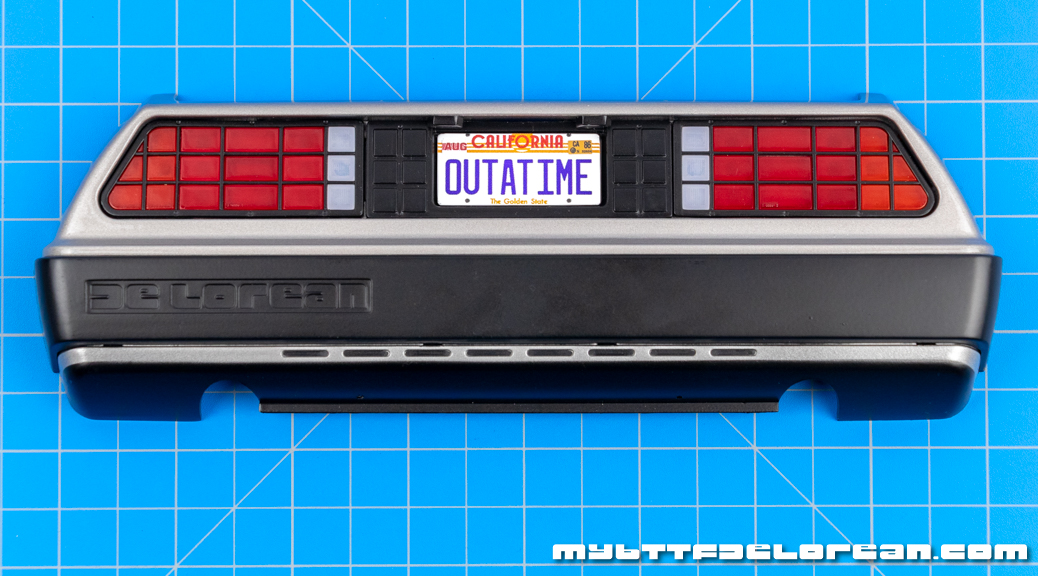 This completes Issue 02. It was short and fairly easy, except for the slight cutting I did on the trim pin. We will not use these parts again until MUCH later in the build (Issue 76 for the fender and Issue 92 for the bumper), so keep them somewhere safe.