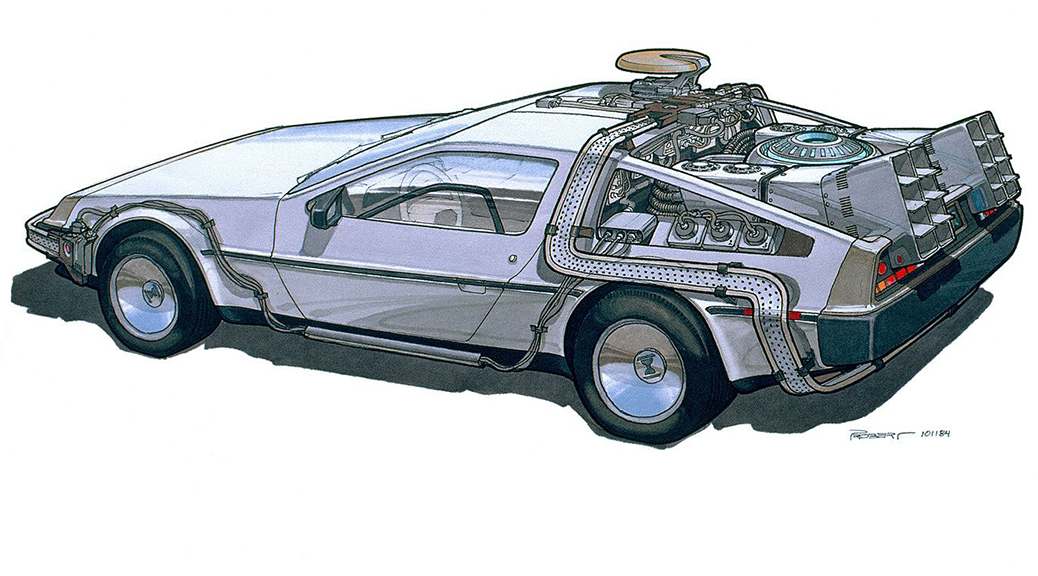 I have always loved the Back to the Future saga. From the time travel elements to the quirky characters, the films tell a grand story literally spanning generations. I have always been partial to the first movie and with it, the modified 1980s DeLorean DMC-12.

When I later found out that Andrew Probert was involved in the design, it made a lot of sense. He was instrumental in so many of my young fascinations including Battlestar Galactica, Star Trek, Airwolf, and TRON. I’ve had various toy versions of the car over the years, ranging from tiny Hot Wheels toys to a 1:18 scale model from Sun Star.

I heard about this Eaglemoss 1:8 scale Back to the Future DeLorean

model online years ago, but it was not available in the US. I was only able to watch others start piecing it together. Then, in early 2017, it was released in the US. Even so, I was not in a place where I could afford it, much less have the time to build it.

Fast forward almost two years and things had changed. I saw another ad for the model and decided it was time to start my own build. And, since I am no stranger to web design, I thought I would share my build experience with this site!

This Eaglemoss DeLorean model is based on Terry Matalas‘ superb replica of the ‘A’ car.