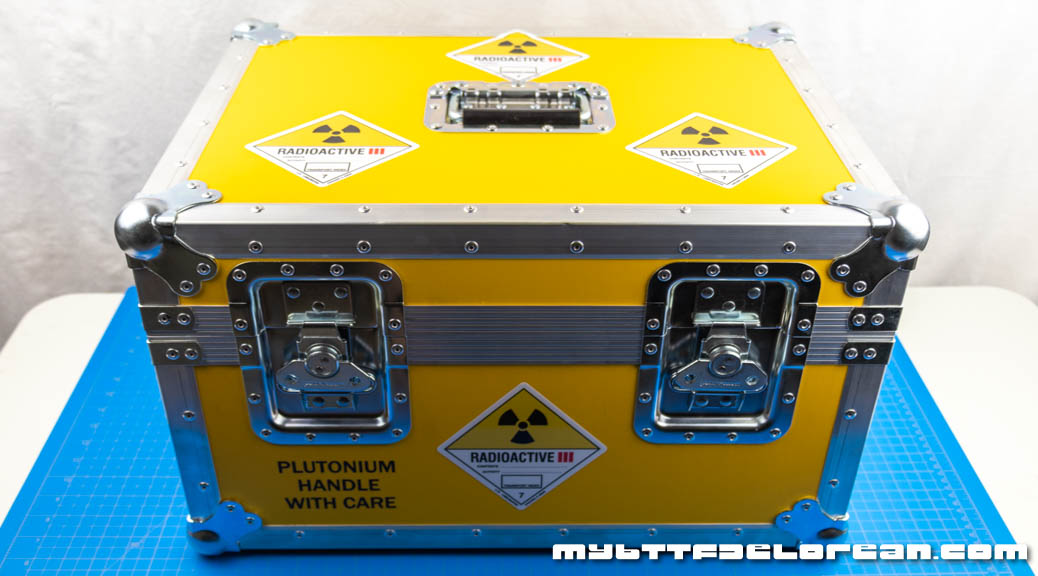 As we all know, in the first Back to the Future film, Emmett ‘Doc’ Brown originally powered his DeLorean time machine with some ‘misappropriated’ Plutonium. Doc stored this highly radioactive material in a bright yellow storage case adorned with plenty of warnings.

We catch a glimpse of this case right in the opening scene of Doc’s garage where Marty’s skateboard rolled across the floor and bumped into it under the bed. I think that was a beautiful example of foreshadowing by director Robert Zemeckis and the writers:

The next time the case appeared is in the scene after Doc had just sent his dog Einstein through time. It was sitting next to the box truck and he later reached into it to grab a fuel rod to refuel the DeLorean:

After I complete my Eaglemoss 1:8 scale Back to the Future DeLorean

partwork model I wanted to have a secure way to both transport and display it. I thought if I could find a prop case like the one in the film, it would be perfect! Over the last two months, I began searching high and low for a  case like this. Finally, after many disappointments, I found one specifically produced for this purpose AND it is just big enough to hold the completed model.

Based in the United Kingdom, Swan Flight creates these cases for £299.88 GBP. With the US conversion rate and shipping, it ended up being just over $500 USD delivered. I was worried about the hefty cost until the case arrived today. It is fantastic and was worth every penny! You can even customize it with a simple 3mm foam liner (like I did), or with foam cutouts for plutonium canisters (not included) if you so choose.

This case is incredibly well-designed and constructed of laminated panels with metal edging. The color is perfect with strong latches and a piano hinge at the rear. They even include all the decals needed to turn it into Doc’s case, but you will need to apply them yourself.

I can’t say enough how excited I was when I opened this up and got the decals finished. To me, it is just a work of art! I used the life-sized poster included with the 1st Issue to see if the car will fit. And it should, just barely. I will have some custom foam inserts created to cradle and protect it. It is deep enough that I might even have an insert custom made to hold some replica plutonium canisters above the car so that is all you see when you open it. We shall see… 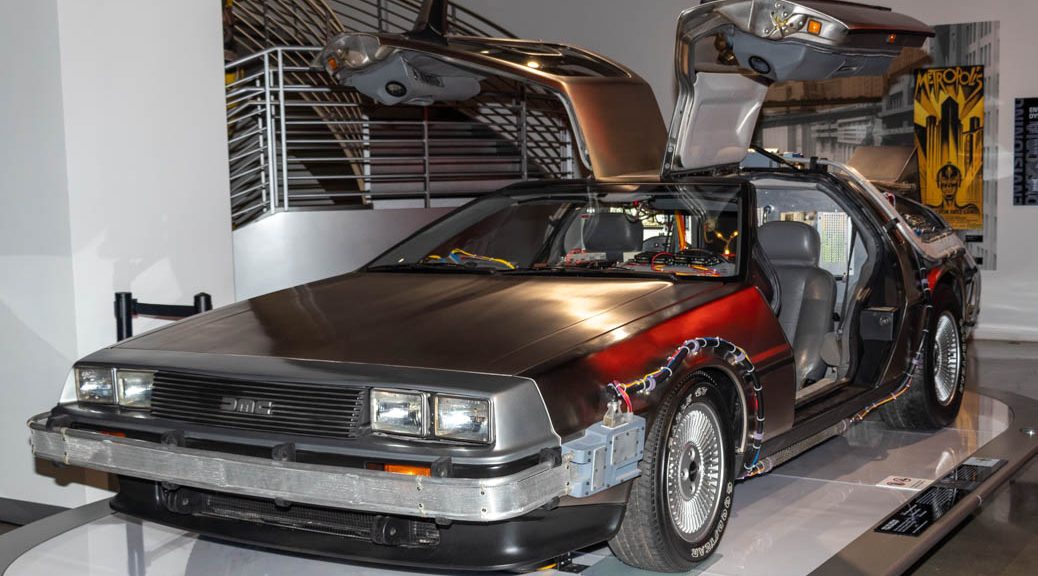 During the filming of the Back to the Future (Part I), three different DeLoreans were used to represent the time machine. These were designated by the production crew as the A, B, and C cars.

The ‘C’ car had its nose and tail cut off and was used for interior shots, and the ‘B’ car was destroyed by the train at the end of the third movie. However, the ‘A’ car was the primary Hero Car used for close-ups and boasted the most details. This is the vehicle you see when it backs out of Doc Brown’s truck in the mall parking lot and other scenes where the camera was close to the vehicle:

Unfortunately, after production wrapped on the trilogy, this car had a very rough life. Over the next 20-some years, it was moved all around Universal Studios Hollywood, modified, left outside exposed to the elements, parts were stolen, and animals even took up living in it. Needless to say, it ended up in pretty bad shape.

In 2011, screenwriter Bob Gale set in motion a colossal effort to get the car restored to its original condition. With the help of a dedicated team of fans and skilled craftsman, and led by Joe Walser and Terry Matalas, the car was painstakingly rebuilt over the course of a year. There is even a video documentary about the entire restoration: OUTATIME.

After a brief stint on display at Universal sealed in a glass enclosure, the restored car was finally moved to the Petersen Automotive Museum in Los Angeles, California where it is now protected, cared for, and will remain for future generations to enjoy:

I recently visited the Petersen myself to see the car in person and brought my DSLR/Flash rig. More than an hour later, I left with over 350 photographs covering  every inch of the car I could get to without touching it. I thought these pictures may help others who are looking for extra details, so I uploaded most of them to a Dropbox account to share with everyone who might be interested:

Go to my Dropbox photos of the ‘A’ Car

This was a great experience and I learned a few things that will hopefully improve this Eaglemoss 1:8 scale Back to the Future DeLorean

partworks build have a little more realism and accuracy to *the* best possible source, the actual ‘A’ car.

The following are just a few examples of the hundreds of pictures I took that day (the rest can be found in the link above): 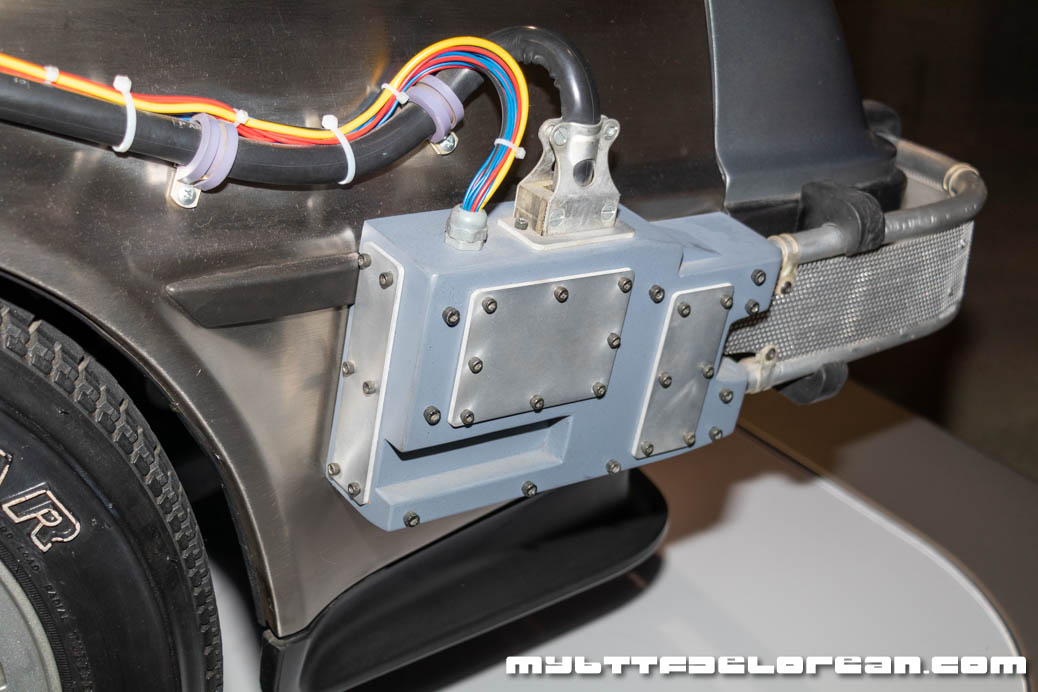 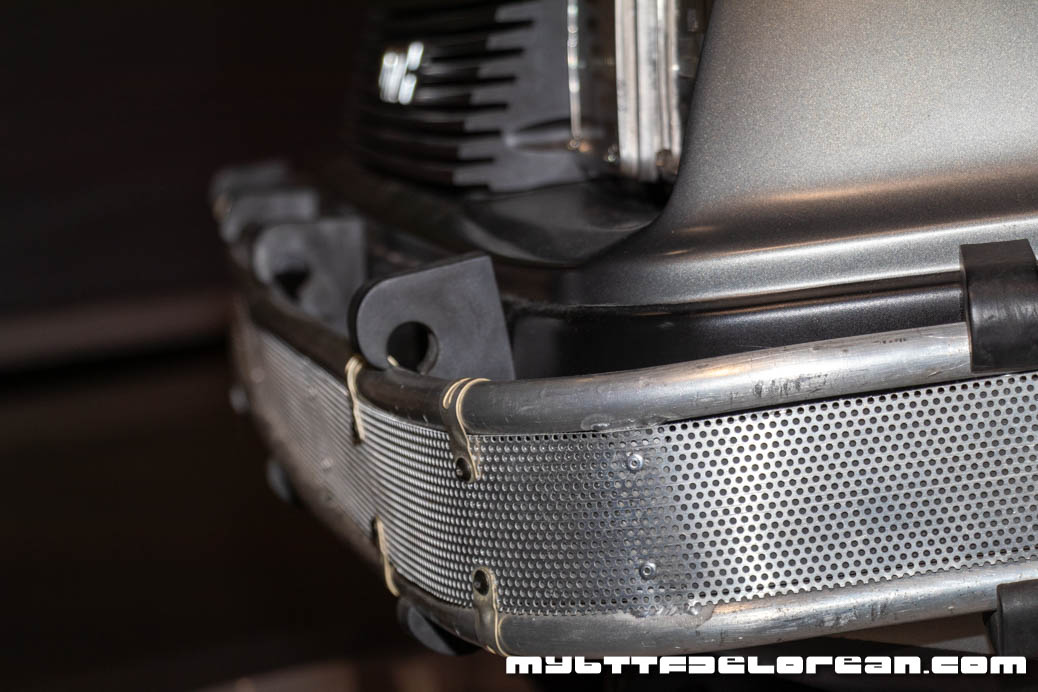 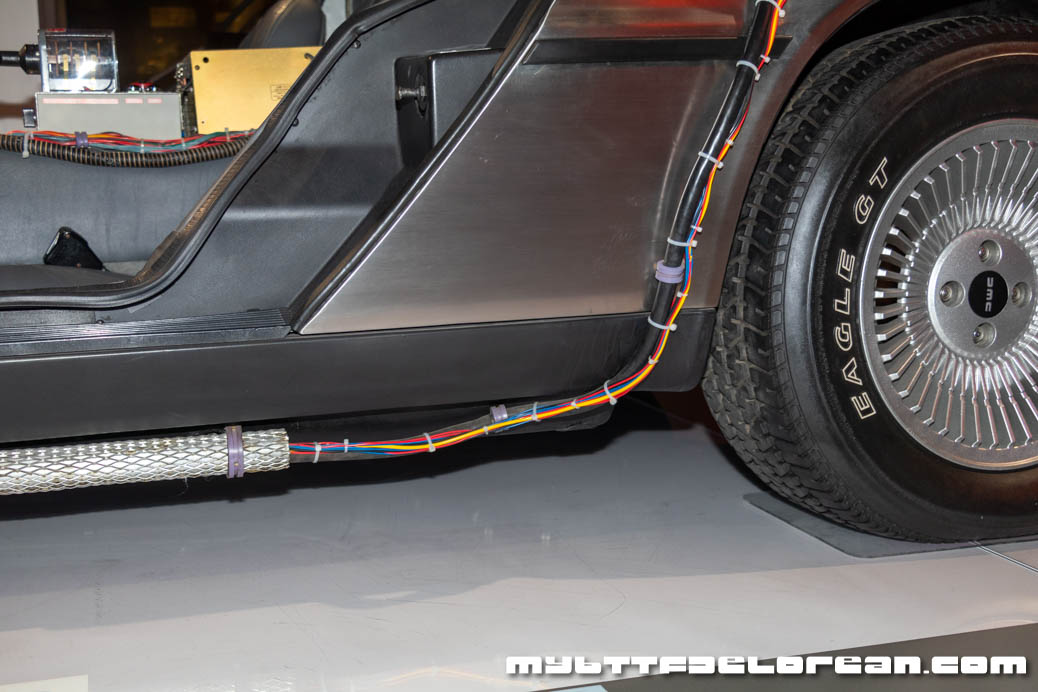 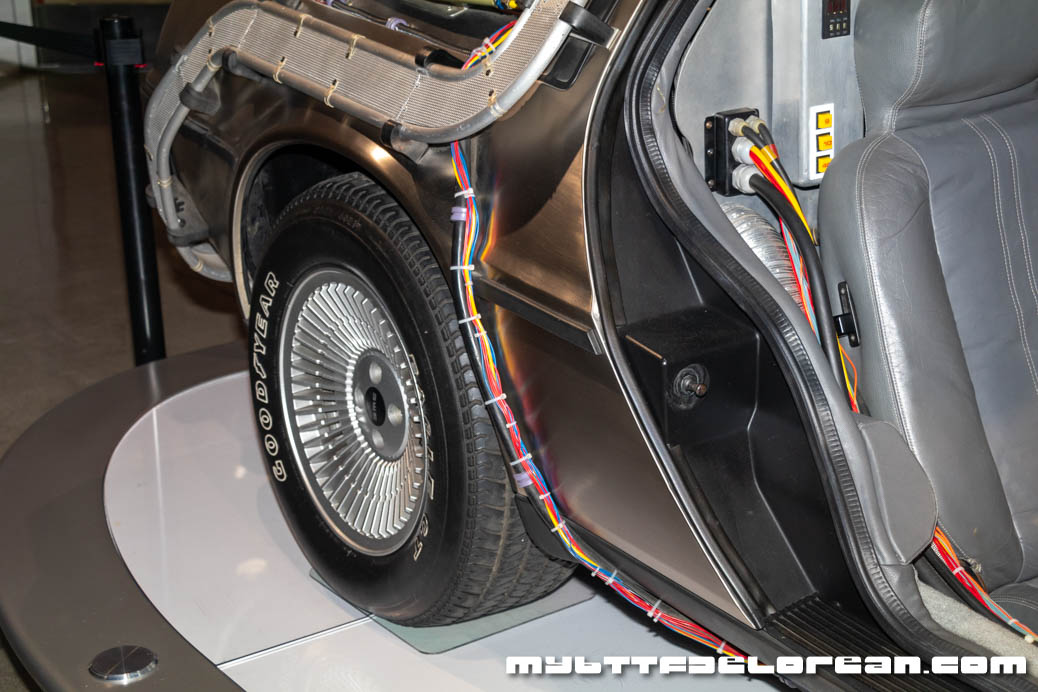 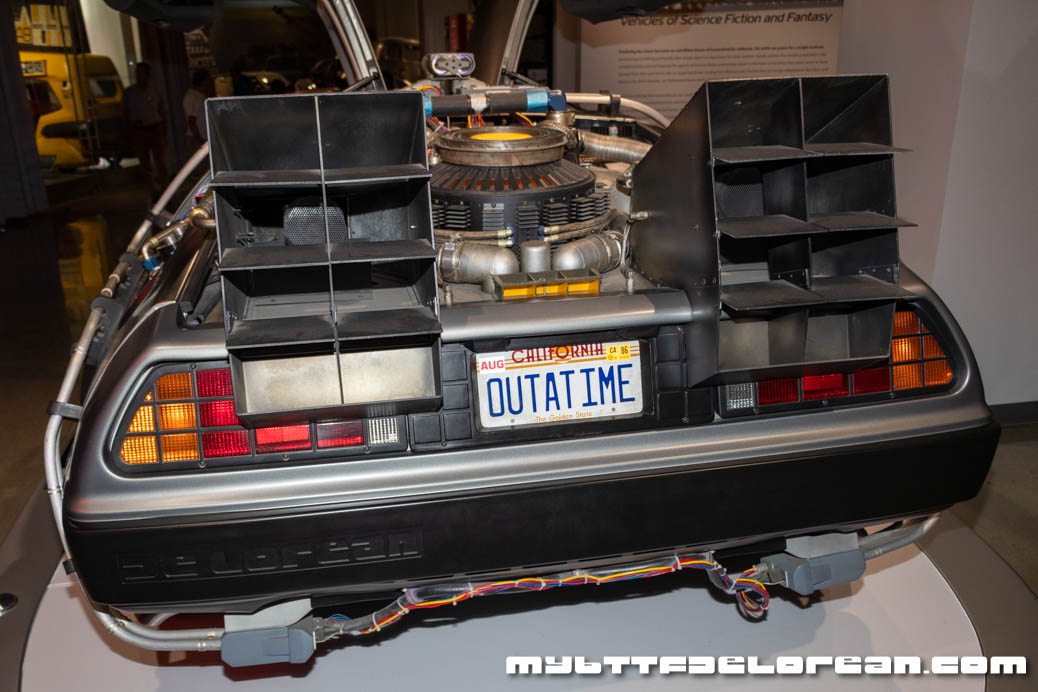 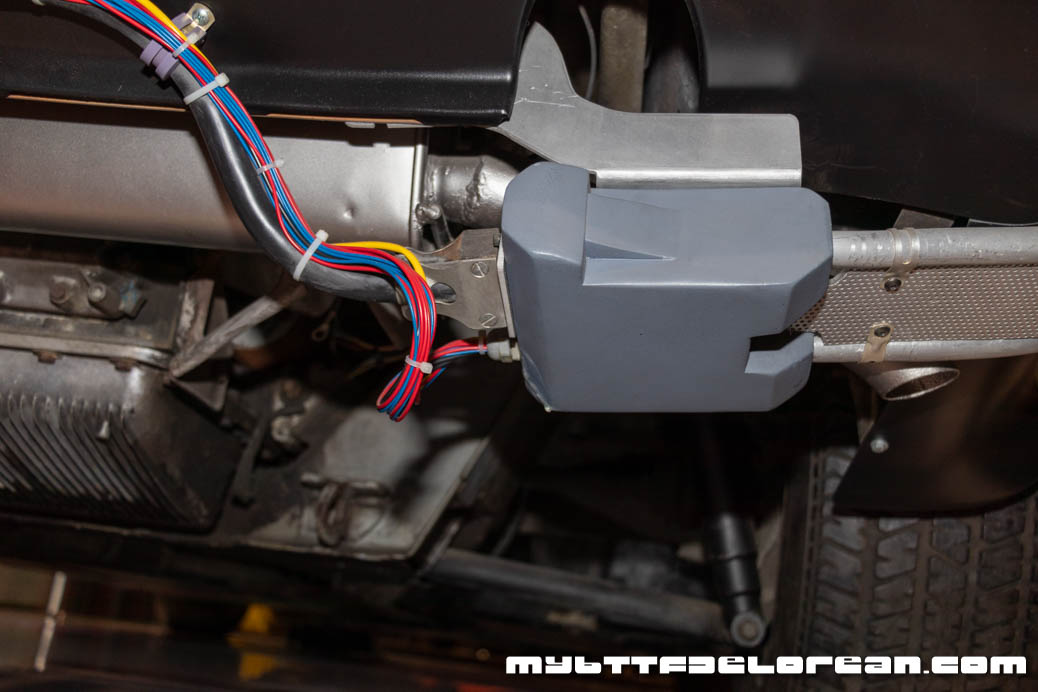 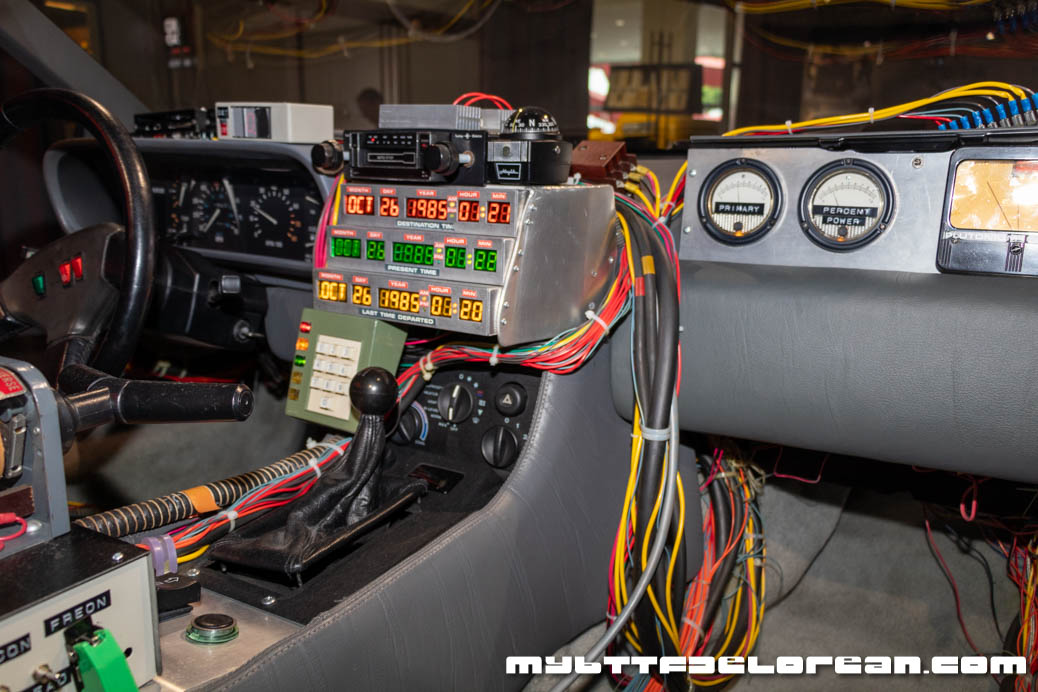 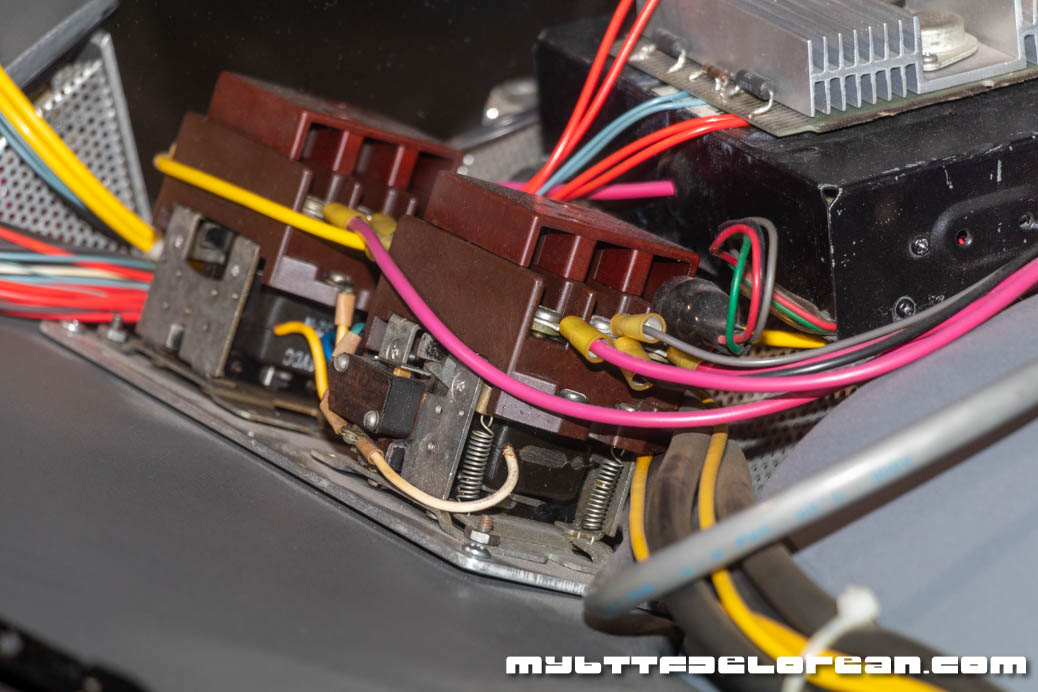 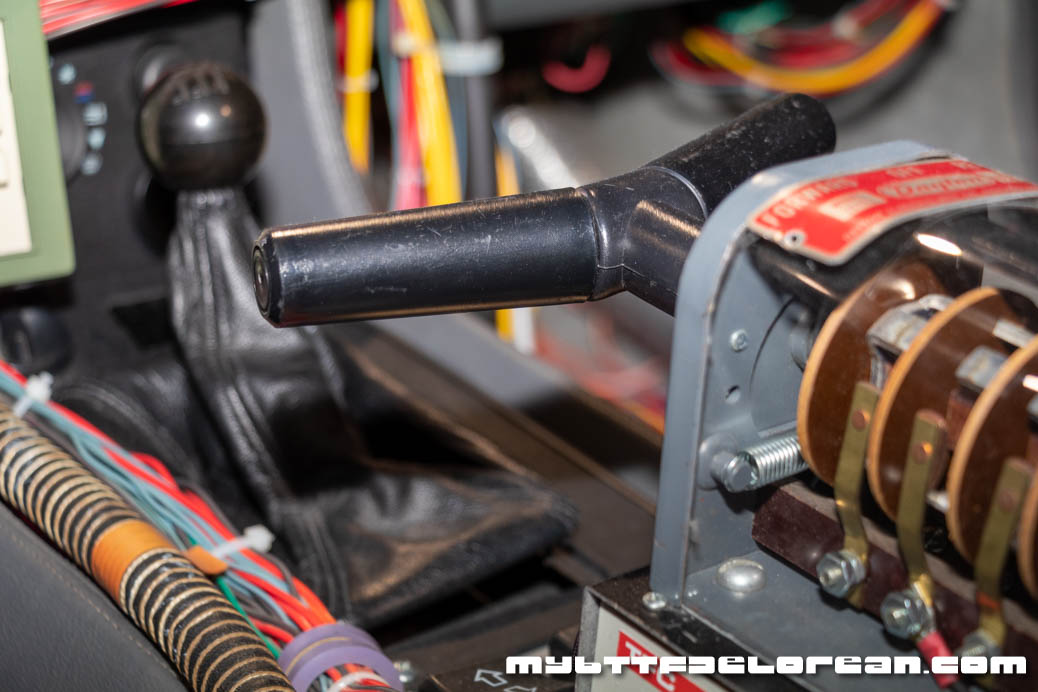 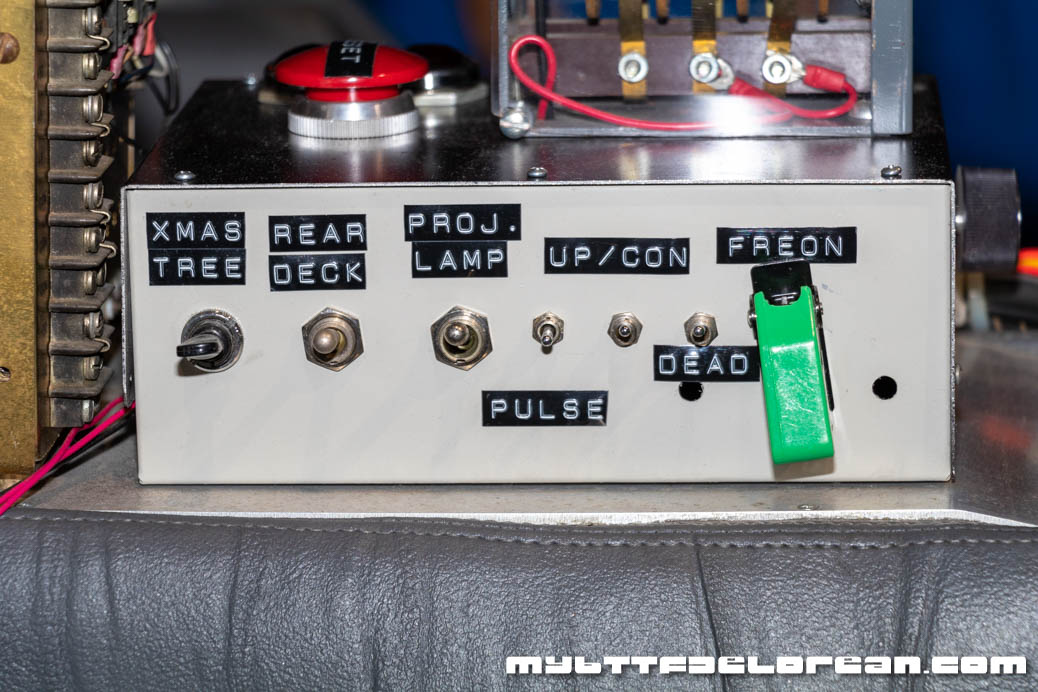 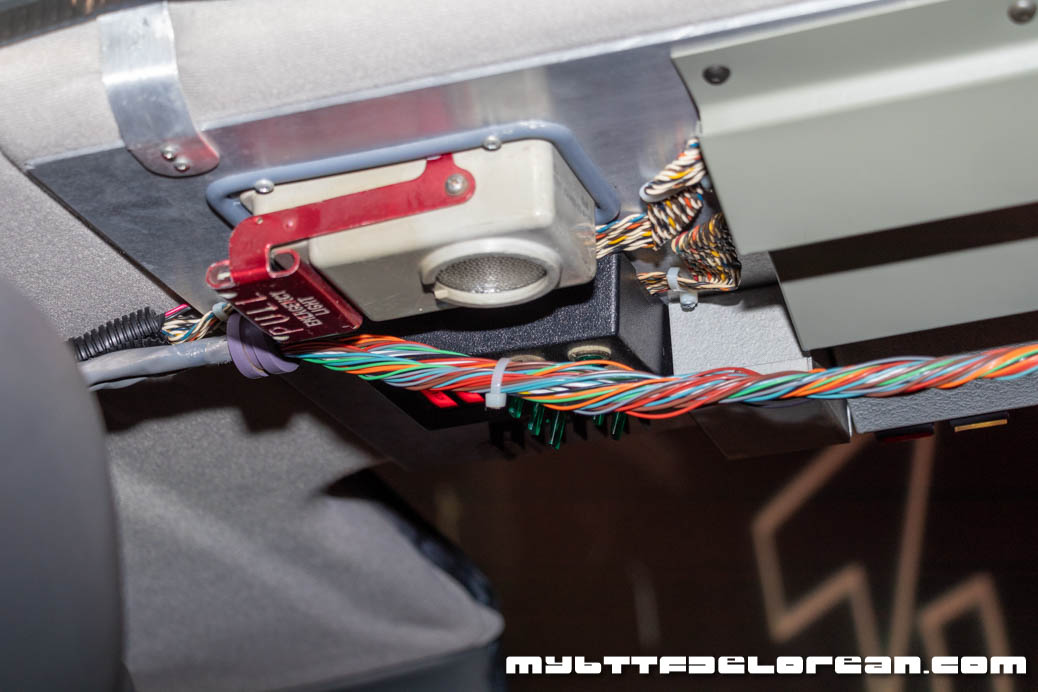 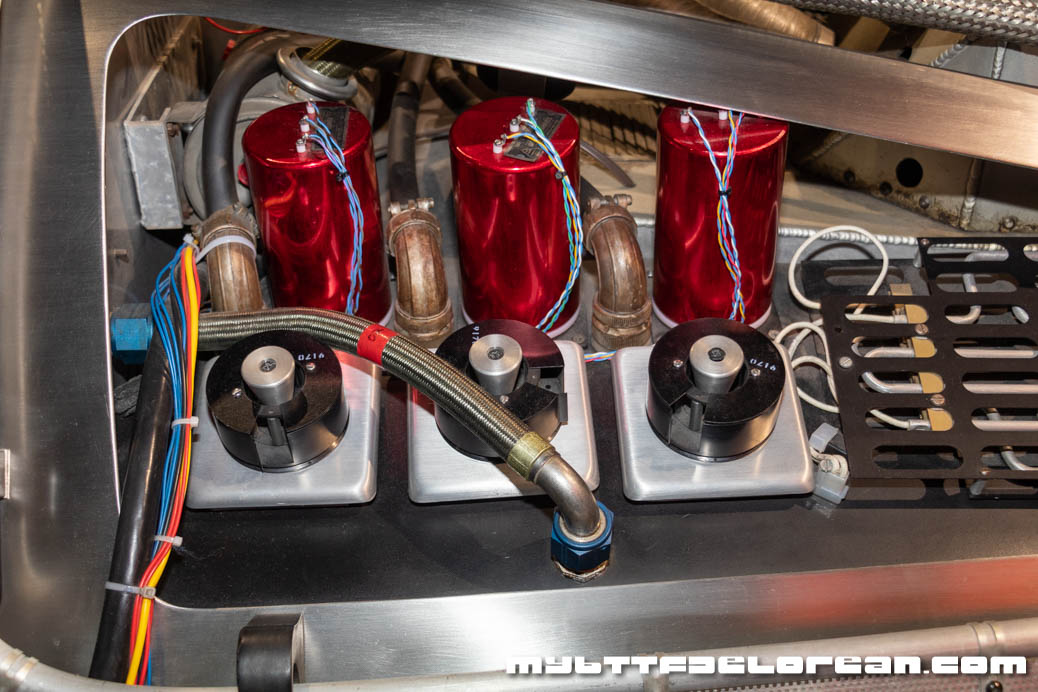 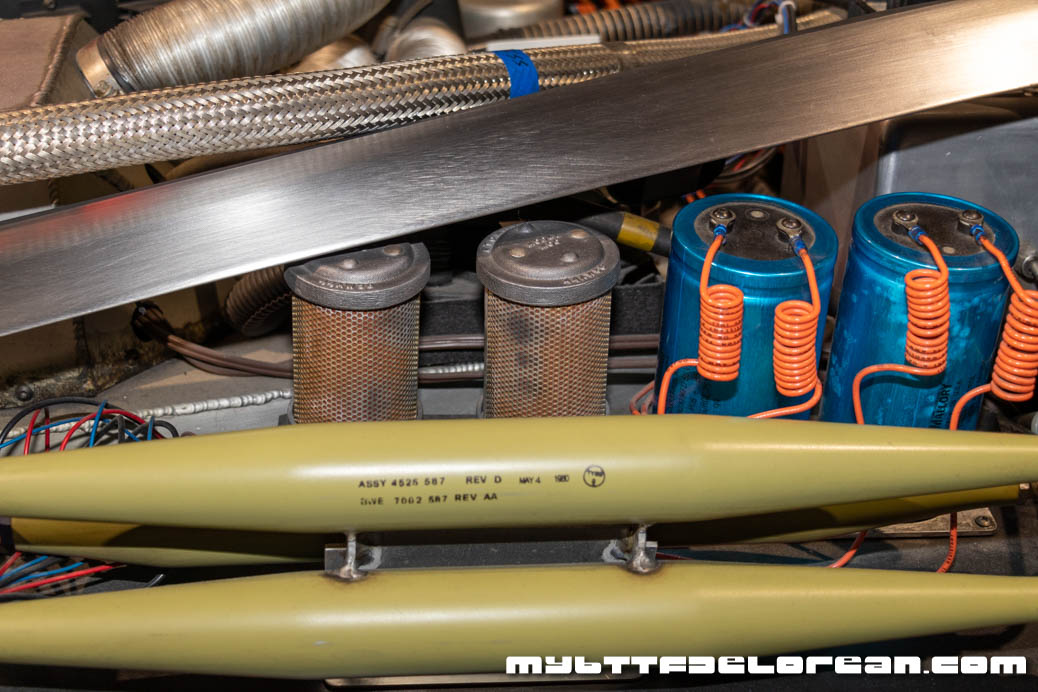 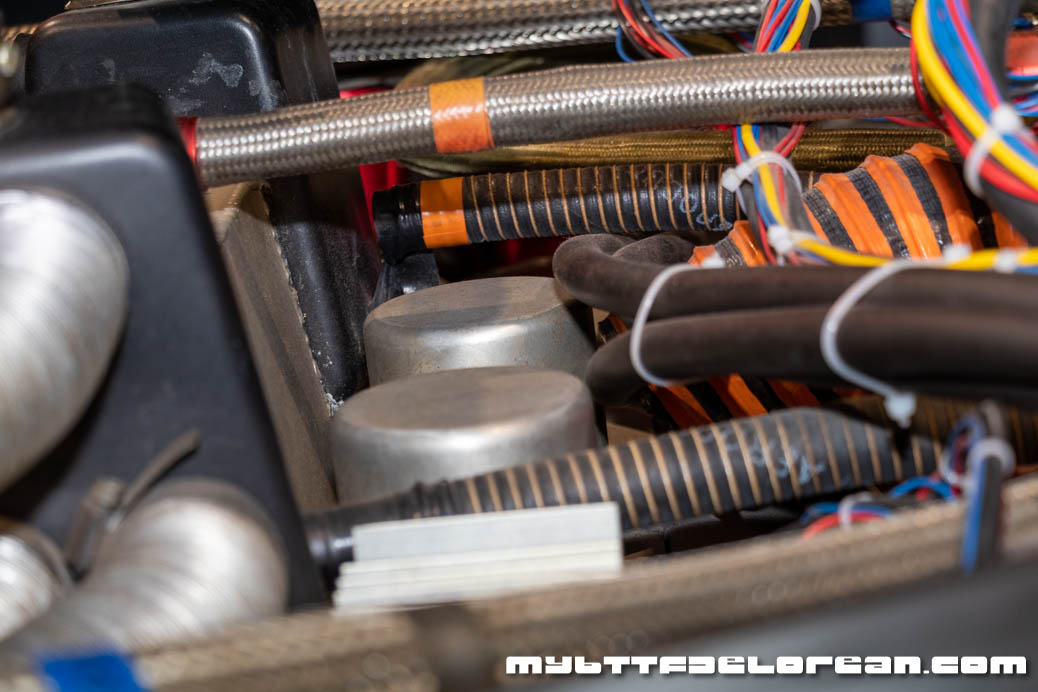 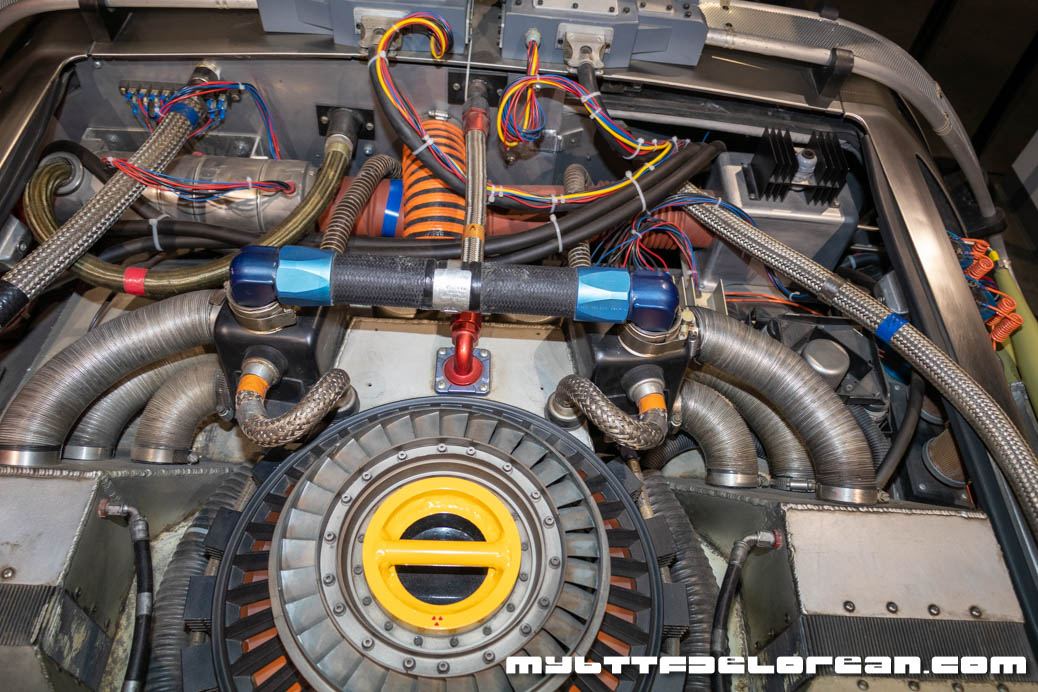 I want to extend a big THANK YOU to the patient staff at the Petersen to make this possible!

Go to my Dropbox photos of the ‘A’ Car